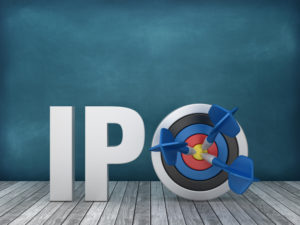 No doubt about it, 2019 will go down in history as a year when many of the most valuable unicorns finally started to hit the public markets.

While many of these IPOs may have not been as well-received as anticipated, they generated more than $200 billion of exit value for VCs and LPs, the highest level in more than a decade, according to PitchBook and the National Venture Capital Association.

The overall mood about VC-backed companies’ public debuts has changed from optimism in the spring, to lukewarm in the summer, and to general disappointment in the fall.

In early September, Kirsten Morin, co-head of global venture capital at Aberdeen Standard Investments said, “in terms of the number of offerings, the first half of the year certainly lived up to expectations and notwithstanding macroeconomic shock, the quantity of IPOs in the second half of the year should eclipse the first half.”

But while the economy continued to be perfectly fine as evidenced by key indicators, not a single unicorn has gone public since late September.

The culprit was likely a very cold reception of a few market debuts that traded below their offering price. On the first day of trading, SmileDirectClub fell 28 percent from its $23 IPO price; and Peloton, which was offered at 29 per share, traded down 11 percent.

Meanwhile, the WeWork situation was playing out in the background, highlighting possible issues with highly valued VC-backed companies.

What was happening is that public markets were simply not agreeing with many private markets’ valuations.

“Tech investors are looking for one: growth; two: addressable market; and three: profitability. But recently, it appears that profitability has moved up from its third place to second,” said Elgin Thompson, a technology investment banker with JMP Securities.

The evidence for this is that high-gross margin software companies like DataDog, Zoom, and CloudFlare have fared much better post IPO than lower-margin consumer-facing companies including Uber, Lyft, and Peloton. Some VCs began to talk about the irrationality of some late-stage valuations.

Bill Gurley, general partner with Benchmark told Venture Capital Journal, “I am not shocked at public markets reaction. I’ve been saying this for years.” In 2012, Gurley penned a blog titled All Revenue is Not Created Equal: The Keys to the 10X Revenue Club, which focused on the quality of revenues including high gross margins.

“Private market marks are set by one firm, maybe two,” Gurley said. “We are an early-stage investor, but I hate it when our companies get involved.”

The companies Gurley was referring to are undoubtedly WeWork and Uber; the late-stage investor setting unjustifiable high marks is SoftBank. Amid lackluster public market performance of its investments, including Uber, Slack, and the failed WeWork offering, SoftBank was reported to consider changing the strategy for its second Vision Fund to focus on companies with an achievable path to profitability, rather than breakneck revenue growth.

Despite the tepid public market reception of many unicorn IPOs, scores of companies are looking to do a 2020 offering.

While IPOs have been more topical this year than any year since the tech bubble, their number was still very modest, said Sandy Miller, a general partner at IVP. “Next year will be more robust,” he said. “Quite a few companies are silently on file. It’s not a big burden to keep a company on file and there is a growing backlog.”

Previn Waas, Deloitte’s national IPO service leader said that as many as 200 unicorns can try to go public next year. “Q1 and Q2 are shaping up to be very nice for IPOs. Lots of companies looking to file confidentially in the next few months,” he said, adding that many will try to go public before the presidential election, which always brings uncertainty.