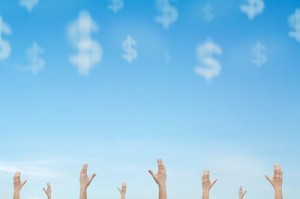 The full Cambridge Associates report can be viewed here: US PE/VC Benchmark Commentary

Over the First 9 Months of 2015, PE and VC Funds Posted Positive Returns and Strongly Outperformed the Public Markets

BOSTON, MA–(Marketwired – Mar 16, 2016) – In a challenging third quarter for equity investors both public and private, U.S. private equity and venture capital funds each lost ground for the first time in several years, though the latter only fractionally. Both bested public market equity returns, according to benchmarks published by Cambridge Associates LLC.

For the quarter ending September 30, 2015, the Cambridge Associates LLC U.S. Private Equity Index® returned -1.4%. The Cambridge Associates LLC U.S. Venture Capital Index® posted a return of -0.4%. Over the first three quarters of the year, the same indexes respectively gained 5.3% and 11.3%. For comparison, the technology-heavy Nasdaq Composite lost 7.4% in Q3 and 2.4% during the first three quarters. The table below provides additional comparisons with several key public equity indexes over a number of time periods. The CA PE index outperformed the Russell 2000® and the S&P 500 over all nine time horizons shown; the CA VC index beat out these same indexes in every period except the 15-year mark.

In Q3 2015, fund managers called and returned less capital than in the previous quarter. Calls dropped 6.1% to $17.8 billion, while distributions fell 9.8% to $35.7 billion. Over the last four quarters, contributions and distributions dropped 23% and 9% respectively compared with the same period in 2014.

“In distribution activity, 2006 and 2007 continue to represent the proverbial pig working its way through the python. Almost half of the third quarter’s $16.7 billion in private equity distributions went to LPs of these two (largest) vintages in the index. On the contributions side, nearly two-thirds came from the 2011, 2012, and 2014 vintages — a total of about $11.9 billion. In Q3, distributions surpassed contributions by 1.4 times, marking the 15th consecutive quarter in which this held,” said Keirsten Lawton, co-head of U.S. Private Equity Research.

Third quarter returns for the six meaningfully sized vintages in the private equity index ranged from -0.3% for funds raised in 2012 to -3.2% for funds raised in 2008. (A vintage is “meaningfully sized” if it contributes at least 5.0% to the index’s value by weight.) Nearly equal write-ups in health care and write-downs in energy were the primary contributors to the 2012 vintage’s relatively flat performance. The main driver for the 2008 vintage’s poor performance was write-downs on investments in energy companies.

The largest vintage in the index, 2007, returned -2.4%. Write-downs in energy and construction-related businesses were the principal factors behind the loss.

By the end of the third quarter, seven sectors in the PE index were significantly sized and six had positive returns for the quarter. The lone exception was energy, which suffered a double-digit decline of 11.9%. Software companies fared best, returning 5.9%, followed by a 4.7% gain in health care. Manufacturing and consumer companies were modestly positive, returning 0.2% and 0.4% respectively.

Calls and distributions both fell, the latter sharply

As in the PE Index, fund managers in the venture capital index called and distributed far less capital in Q3 than they did in the prior quarter. Calls dropped 13.0% to $3.6 billion, while distributions suffered an even greater decline, falling 45.1% to $5.1 billion. In parallel with the PE Index, Q3 marked the 15th consecutive quarter in which distributions in the VC index outpaced contributions.

Seven vintages in the VC index were meaningfully sized at the end of Q3; three of them had gains for the quarter while the other four declined. The best performer of the seven was the 2011 vintage, which returned 7.0%, helped primarily by significant write-ups in health care and information technology (IT) companies. Write-downs in health care were the principal culprit of the poorest performing of the large vintages, 2005, which dropped 3.4% during the period.

“Of the four largest vintage years (2006-08 and 2010), three (2006-08) were down during the quarter. Similar to in the public markets, losses in the health care sector were one of the drags on performance in all but the 2007 vintage. This was a sharp reversal from the prior three quarters when health care performed strongly in the VC index as well as the public markets, and reflects the current volatility in the market,” said Theresa Sorrentino Hajer, managing director, Private Growth Research.

Software was best performing sector for the quarter

Only three sectors in the VC index were meaningfully sized, and two of them had positive returns. Software led the way with a gain of 3.1%, followed by IT, which was up 1.2%. Health care, the second largest sector in the index (behind IT) and representing one quarter of its value, returned -3.9%.

While not meeting the definition of meaningfully sized, electronics companies represented more than 4% of the index and were down 1.3% for the quarter.

For additional details on the performance of the Cambridge Associates private equity and venture capital benchmarks in the second quarter go to [http://www.cambridgeassociates.com/our-insights/research/us-pevc-benchmark-commentary-6/].

This release is provided for informational purposes only and is not intended to be investment advice. Any references to specific investments are for illustrative purposes only. The information herein does not constitute a personal recommendation or take into account the particular investment objectives, financial situations, or needs of individual clients. This release is not an offer to sell or the solicitation of an offer to buy any security in any jurisdiction. Past performance is not a guarantee of future returns. With regard to any references to securities indices, such indices are unmanaged and are not subject to fees and expenses typically associated with managed accounts or investment funds. Investments cannot be made directly in an index.