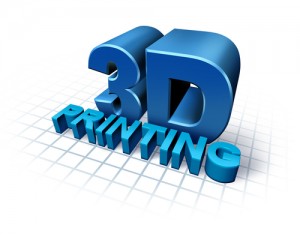 3D is one of those ideas that look great on paper but just don’t work out so well in real life.

3D at the theater is flopping. And 3D TV has failed despite relentless promotion by manufacturers. And yet VCs are betting big on the latest 3D technology to hit the market, 3D printing, and they’re hoping 3D’s third time will be the charm.

GV recently led a $100 million Series C round in Carbon3D, which makes 3D printers for manufacturers. In June, INKEF led a $30 million round in Shapeways, a 3D printing service and marketplace. Foundry Group and True Ventures co-led a $9 million Series A round in Glowforge, which is developing a 3D laser printer. Founders Fund, Lux Capital and Tenaya Capital placed an $11.1 million bet on SOLS, which makes 3D-printed custom orthotics inserts.

These investments come as 3D printing finds its second wind. After a much-hyped debut several years ago, interest in 3D printing faded when people realized that the price of the technology makes it prohibitive as the next cool consumer gadget.

“The 3D printing industry is choking off its own revolution,” said famed New York designer Francis Bitonti, who turned heads recently with a 3D printed dress for the curvaceous Dita von Teese. “You see a lot of tinker toys because they’re treating it like a copy machine. They need to understand that it’s a manufacturing technology.”

Investors have begun to understand this. Interest in 3D printing has reignited with their reconsideration of 3D printing as a tool, not a toy.

“The most interesting aspect of this space is that you can think about reimagining business processes and products,” says Zack Schildhorn, a partner at Lux Capital, which participated in Shapeways’ $30 million round.

Schildhorn describes Shapeways as “Amazon meets Etsy.” It’s a 3D printing online platform. People upload their design ideas, Shapeways makes a product for them in one of a multitude of materials, and then the designers can sell their products at the Shapeways storefront. A lot of designers have built their own businesses on top of the Shapeways platform. The company has printed millions of objects and sees more than 100,000 new designs uploaded every month.

Lux, along with New Enterprise Associates and Kleiner Perkins Caufield & Byers, also participated in a $14 million first round of funding for Desktop Metal, a 3D printer for metal objects. Metal printers can produce a wider variety of useful products in the manufacturing process.

“We can’t talk much about this investment right now, but we are very excited about it,” Schildhorn says. “If they can execute, it will be an orders of magnitude improvement over what is now possible on the metals side, especially from an industrial use case.”

Investors like Lux are attracted to 3D metal printers because the prices are falling. Million-dollar printers are now available for about $100,000, and investors see those prices plummeting even further, possible to as low as $20,000 in the next few years.

Another Lux investment in 3D printing is SOLS, which prints orthotic insoles for people with foot problems. Users take a photo of their foot with the SOLS app, and then the company will make a pair of customized orthotics for about $150, a fraction of the $300 to $600 price for medical orthotics.

For now, the company is solving a pedestrian problem. But Schildhorn sees huge potential here, as SOLS can custom-prints products from head to toe. “Imagine that the cost to the end user for something fully customized is the same as if it were mass manufactured,” he says. “That’s where we’re headed. Items on the retail shelf made just for you. 3D printing is about all those things that weren’t possible before because it wasn’t economical to make them in small volumes or customize them.”

A different kind of 3D printing company is Glowforge. Whereas most 3D printing startups rely on additive processes like extruding or sintering, Glowforge relies on a subtractive process that uses lasers as cutters. Its easy-to-use machine, which fits on a desktop, generated $29 million in pre-sales before its December release. Glowforge is aimed at the maker market, with a standard retail price of $4,000.

Gilman Louie, partner at Alsop Louie, which has also invested in the 3D space, likens 3D printing to the PC market.

“3D printing has a degree of excitement right now because the cost and quality of the printers and the materials they use are improving so rapidly,” he says. “But in terms of market maturation, we’re still early in the game. We’re still in the Apple 2, Commodore 64 stage. The technology has massive potential but right now has limited capabilities relative to that potential.”

In February 2015, Alsop Louie led a $6.5 million Series A round in New Matter, which makes an affordable desktop 3D printer priced at only $399. The company’s marketing strategy is similar to the original Apple Mac game plan: get mass-market penetration by first getting a foothold in the educational market.

Like the Mac, the New Matter printer aims at high design and ease of use. It’s also relatively reliable. Some 3D printers suffer failure rates as high as 70 percent.

Louie notes that there are 25,000 public high schools nationwide and about 15,000 private high schools. Selling five to 10 printers each to 10 percent or 20 percent of those schools would mean significant revenue, with more to come if the families of students are inspired to buy a 3D printer for the home.

Alsop Louie also led a seed investment in MXD3D, a startup that allows gamers to capture and 3D print content from the games they’re playing. For instance, a gamer can capture a 3D image of their favorite character and then print it out on a home printer. “And, if you actually had a New Matter, you could print out that object in full 3D,” Louie says.

Consumers, of course, are fickle and they seem peculiarly averse to any technology labeled “3D.” What’s more, 3D printing is not something that comes naturally to people, so consumers will require some education. And they’ll need a reason to lay out money for a 3D printer that will print more than just toys or stuff as a gimmick.

But for those companies that do have leading 3D technology and also have a strategic advantage in the marketplace, the exits should be there. “I think companies ranging from Hewlett-Packard to Amazon would be silly not to watch this space closely,” says Schildhorn of Lux.