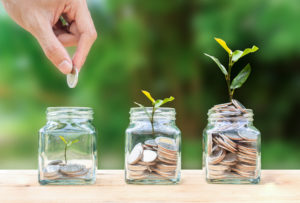 Cleantech is far from its heyday of the last decade.

But Marc van den Berg, a longtime investor in energy and industrial materials, is seeing a revival in the broad cleantech sector. “VCs on Sand Hill Road are no longer rushing to cleantech deals, but we are seeing renewed interest from corporates,” said van den Berg. “Corporate VCs are filling the [investment] gap.”

In addition, the list of active cleantech investors also includes such corporate VCs as ABB Technology Ventures, BP Ventures and Innogy Ventures, among others.

And now 40 North is launching its own venture innovation fund affiliated with Standard Industries, a New-York based building materials and construction conglomerate, which operates in 80 countries. The 40 North venture fund will back early-through-late-stage venture deals, with a focus on emerging technologies in the industrial space.

The fund will be $200 million in size, said van den Berg, who will lead the 40 North venture fund as managing director.

During a decade of investing in the space, he has backed such material science and energy-efficiency companies as Bridgelux, Amprius, iWatt and Kaiam.

Van den Berg said that the 40 North VC fund, which will be based in Campbell, California, has an associate on the team and the firm is looking to hire an additional managing director, to be announced within the next month.

He said that the fund will back 20 to 25 companies and that 40 North will operate independently when making investments. The firm will aim to lead deals and take active director roles, he said.

Van den Berg noted that 40 North is the investment platform related to Standard Industries, and it makes private equity and debt investments. He said access to this additional capital is an advantage to his 40 North venture effort.

The name 40 North comes from the latitude of Central Park.

“If one of our portfolio companies has raised Series A, B or C and they need more capital, we can help with that,” he said. “If you’re an entrepreneur, wouldn’t you want a financial partner with worldwide offices, financial ties and industrial expertise?”

Correction: A previous version of the above story had the incorrect name of the venture fund. It is called 40 North.