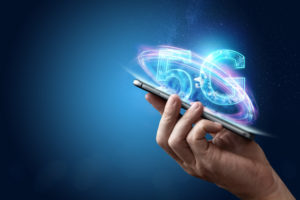 The rollout of 5G has the power to overhaul the operations of multiple industries, and its applications go beyond enhancing the streaming speed of Netflix shows.

It’s all about robust, rapid action: the 5G network is a massive advancement from 4G in download and upload speed as well as ram and data capacity. The previous network could complete downloads in about 50 milliseconds. 5G can get that down to the single digits.

Investment in this area has steadily grown over the past decade. In the US, there were 42 deals worth more than $552 million in 5G and digital infrastructure in 2019, compared with $436 million invested across 38 deals in 2014 and $151 million across 25 deals in 2011, according to data from PitchBook.

For consumers, this may seem like a win, especially regarding personal streaming and gaming, but the widespread business implications are much larger. The faster speeds could completely change how industries like construction and manufacturing, healthcare and autonomous vehicles advance digitally.

Qualcomm Ventures, the corporate arm of Qualcomm Inc, launched a $200 million fund focused on the sector in October. Managing Director Alex Villela says that the fund will invest across stages and look into areas like infrastructure, companies that will utilize the technology and end-to-end connectivity models.

Villela says that Qualcomm looks to leverage its experience and network to help start-ups in 5G. He adds that the network is much more open and accessible than its predecessors, and this allows for a robust innovation ecosystem in the industry. “Many people believe that managing those 5G networks will go beyond the human capacity. We will need software to do network and information management.”

Venture bets still in their infancy

Qualcomm Ventures has backed Altiostar Networks, a company that designs equipment to help deploy and extend mobile network for LTE providers. The firm participated in the company’s $114 million funding round in May 2019.

While 5G focused start-ups have been popping up for the last few years, investors say that the opportunities in 5G right now are in their infancy. “In telco, from a venture perspective, no VC was really active,” says Rajeev Madhavan, a founder and a general partner at Clear Ventures. “That has all changed with what has happened now.”

Clear Ventures has been active in the 5G market, investing through its $180 million Clear Ventures II fund, which closed in April last year. The firm cites 5G as one of its areas of focus. “Right now, every month I’m getting pitched one or two start-ups in telco space, which was almost zero for about 10 years,” Madhavan says. “It’s a pretty interesting arena.”

The firm has participated in Series A and Series B rounds for Robin.io, which raised $43.6 million across the two rounds between 2014 and 2018. Robin.io works to solve challenges associated with running big data and databases in enterprise applications.

Madhavan adds that a lot of the current opportunities are focused on the network’s infrastructure, because the rollout of 5G marks a “changing of the guard” for that underlying technology.

“This whole containerization and being able to run from ram all the way to the network functions, including business applications, is going to change the infrastructure requirements,” Madhavan says. “It will make it much cheaper and you can use much less resources with automation. This is where we are headed.”

Telstra Ventures, the corporate venture arm of Telstra, is also looking to bring its capital and telco expertise to the 5G space and has invested in the infrastructure landscape, as well, managing director Mark Sherman says. “Anything that benefits from 5G benefits everyone: mobile operators, enterprises, consumers are all better off,” Sherman says.

The firm participated in the 2015 $35 million Series C round for Cohere Technologies, which creates a technology that supports and improves 4G and 5G networks. Lightspeed Venture Partners, New Enterprise Associate and NexStar Partners also participated in the round, among others.

Telstra Ventures also backs Matrixx Software, which can help companies monetize 5G services while supporting the faster network. The firm participated in the Saratoga, California company’s $40 million Series C round in 2018 alongside Sutter Hill Ventures. “I think applications, testing, security, will do very well,” Sherman says. “Things that will enhance the performance of content, we are seeing lots of opportunities in those realms.”

Ryan Mendoza, a principal at Scrum Ventures, says that 5G should be viewed as an enabling technology for a variety of industries. “Being able to stay connected, with a stronger connection, and more data transfers, we will really see the true value of things like IoT, smart cities and factories, and autonomous vehicles,” Mendoza says.

Scrum has made multiple investments in the autonomous vehicle space, including Civil Maps and May Mobility. Mendoza says innovation in areas like this will benefit immensely from the increased speed and location accuracy 5G offers. “This could be a marvel in logistics,” Mendoza says. “Having hyper-location service areas can enable a lot of new types of businesses and types of products.”

Investors predict that cybersecurity opportunities will grow as the network rolls out further. With more people joining, new network loopholes will open and 4G solutions won’t necessarily apply. “With people spending more and more time on mobile and devices, security is going to be a bigger and bigger issue,” Sherman says.

Sherman says that Telstra has already started seeing good opportunities in that space. The firm invested in the $41 million Series D funding round of vArmour, a Mountain View, California cybersecurity company looking to do just that.

“We have already seen a lot of companies talk about it over the last year or two, [and] that are starting to try to solve some of those issues with cybersecurity,” Mendoza says. “It’s going to be very important.”

With 5G rollouts still just past the starting line, the opportunities for companies and investors are just beginning, and the growth of the market is expected to continue throughout this decade.

“We see a very vibrant ecosystem of start-ups in 5G,” Villela says. “There is a much more fertile environment for innovation to grow in 5G.”

US venture activity in mobile infrastructure and 5G