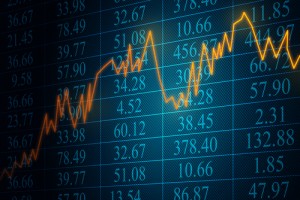 The Thomson Reuters’ Post-Venture Capital Index (PVCI) returned to its woeful ways and dropped 87.73 points in November to end the month at 845.85, its lowest point of the year.

The index of venture-backed stocks had risen in October after falling four consecutive months prior to that.

The PVCI typically swings with the fortunes of the Nasdaq and S&P 500 indexes.

At the end of November, the PVCI was comprised of 481 companies. Of the stocks tracked, 296 advanced in value during the month while 185 declined. The number of companies in the index rises and falls, depending on new issues or as the companies fold or are acquired. Also, companies remain in the index for only 10 years.

A total of 78 of the advancing stocks were in computer software and services, followed by 62 in the biotech sector. Biotech, which had been enjoying a resurgence lately in the stock market, only had 23 companies lose value during the month.

Photo illustration of stock trading board from Shutterstock.