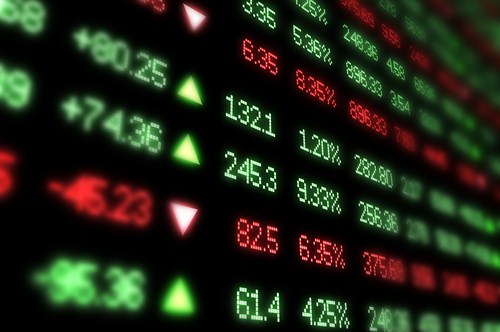 The SPAC craze in venture capital represents an alternative route to the famously arduous and outdated IPO process. But while many established managers are getting involved and even dubbing the strategy a private markets mainstay, other offering models could offer a glimpse at how the market may move on from this moment.

Recent examples in the market show companies and their VC managers are utilizing aspects of all the various public offerings to reach their desired outcome, with many of the biggest Wall Street banks, traditionally the benefactors in massive public offerings, taking notice.

And for a market with a record number of unicorns and no “efficient” way for them to access public market liquidity, there is a real opportunity outside of the continued SPAC craze to make significant changes to the traditional public offering model.

“The banks are trying to figure out what a plan forward for traditional IPOs looks like for terrific technology companies,” Larry Aschebrook, founder and managing partner of late-stage venture firm G Squared, told Venture Capital Journal.

“It’s probably a combination of a traditional IPO, a direct listing and a staggered lock-up release,” said Aschebrook, whose Chicago-based firm is an investor in 23andMe, Coursera, Flexport and UiPath, among others. “It’s going to be a combination of things that the leading investment banks have been working on, that will actually return some normalcy to the IPO markets in a traditional format.”

Many market participants believe that the SPAC offering process is uniquely suited to the venture capital community, despite VC managers adopting the strategy later than traditional PE managers. But before banks develop codified rules that better cater to the new operating environment, VC managers are already picking and choosing aspects of each offering model that benefit them most.

After 11 SEC filings, Palantir notoriously went public last year through a direct listing, offering 2.17 billion shares in its fully diluted formula, which includes vesting options. But most of the shares were locked up until the end of the year, a practice common for traditional IPOs and not for direct listings.

The company also set up four tiers of stock for its offering, establishing an unusual amount of control over who gets to own company stock.

Lemonade, in what has been deemed one of the most successful IPOs of 2020, had a staggered lock-up release. And just this week: the non-traditional offerings of Roblox and Coupang.

Venture capitalists often bemoan the traditional IPO process as a transfer of value from VC managers and their start-ups to the underwriters’ (banks) favorite Wall Street investors, and have preferred a direct listing, where one can avoid this transfer of value at the cost of not raising any money for the company going public.

But in the case of Roblox, which opened for trading on Wednesday through a direct listing, venture capitalists have shifted this value transfer back to their own circle, as the company raised money in January at $45 a share. Roblox’s stock then surged on its first day, closing just below $70 after being valued at $38 billion.

Bloomberg reported on the interplay between banks and investors at this time, saying, “[venture capitalists] want to allocate those gains to their friends, not ‘Wall Street’s’ friends.”

The same sort of tactics were at work again this week with South Korean e-commerce giant Coupang, which executed its IPO with shares allocated to less than 100 investors, keeping the IPO-pop gains in its immediate circle.

VC managers may be having a moment to relish in the IPO-pop gains that Wall Street investors and underwriters typically enjoyed, but minimizing the IPO-pops to a reasonable degree may return the market to some semblance of normalcy.

Aschebrook believes establishing balance in the route to a public offering is a high priority for banks, which have called the SPAC market unsustainable.

“They’ll figure that out, probably sooner rather than later,” he added. “And it’ll get back to much more of an efficient IPO process where the pop on the first day might be 15 to 25 percent, not 100.”