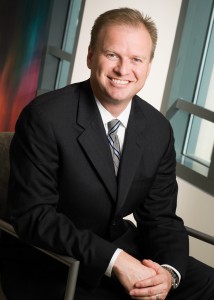 A big part of National Venture Capital Association’s role as the flagship trade association of the venture capital industry is to tell the venture story in Washington, D.C., and connect the dots for policymakers so that they understand the unique and irreplaceable role venture plays in the innovation economy.

It’s our job to be on the frontlines to remind policymakers that their decisions don’t occur within a vacuum. There are real life consequences, both good and bad, for the decisions they make each and every day.

NVCA and its members continue to spend a lot of time educating lawmakers on Capitol Hill of the sobering reality that the U.S. could be in jeopardy of losing its foothold as the world’s leader in drug and medical device innovation.

Recently, the House Energy and Commerce Committee launched a legislative effort to ensure that the U.S. biopharmaceutical and medical device industry is best equipped to maintain its global leadership and develop life-saving cures and therapies for patients.

Called “The 21st Century Cures Call to Action,” this unique, bi-partisan effort is a testament to the fact that the U.S. Congress is listening to the concerns of the venture community and is actively engaging with NVCA and other industry stakeholders to address this important issue.

As a first step, the House Energy and Commerce Subcommittee on Health convened a hearing on June 11 where NVCA members Mike Carusi (Advanced Technology Ventures) and Alexis Borisy (Third Rock Ventures), testified on the lagging state of investment in life sciences companies, and outlined some ways to reduce regulatory complexity and encourage venture investment in innovative medical companies.

In their testimonies, Mike and Alexis made clear that the life sciences industry is at a crossroads. Over the past three decades, the development of revolutionary medical innovation has been driven by small, entrepreneurial companies often funded by venture capital. However, recently we’ve been witnessed venture investors retreating from companies focused on medical innovation.

Specifically, they provided important data showing that between 2007 and 2013, VC investment in medical device companies at the initial phase of financing fell off a cliff. In 2007, 98 companies received $576 million in early-stage venture capital funding.

Fast forward to 2013 and we saw the lowest level of early-stage funding activity for medical device companies in more than two decades, with only 44 new companies receiving a total of $163 million in funding.

And while there are in fact many causes to the problem, they pointed out that the primary culprit for the flight of medical innovation overseas is the burdensome regulatory environment here at home. Specifically, the increased time and cost of developing new drugs and devices resulting from the antiquated approval process at the Food and Drug Administration and obtaining coverage and reimbursement for innovative products.

Fortunately, this isn’t lost on policymakers in Washington, D.C., as evidenced by the “21st Century Cures Call to Action.” The NVCA is well-positioned to be a key player in these discussions and is working to identify fixes that will make the path to regulatory approval smooth and predictable.

However, we can’t do it alone. To make a real and lasting impact to reverse policies that hinder U.S. medical innovation, we need all hands on deck to remind lawmakers of the outsized role venture plays in the U.S. economy and discuss with them the things they can do to make it easier for venture capitalists to deploy capital to cutting edge companies.

Perhaps there is no better time than the present. Lawmakers are back home in their districts during the August recess and I encourage you go get out there and get active.

Call your local representative and schedule a time to go meet and discuss with them and their staff what they can do to ensure the U.S. maintains its position as the global leader in medical innovation.

Bobby Franklin is president and CEO of the National Venture Capital Association (NVCA). He can be reached at bfranklin@nvca.org.