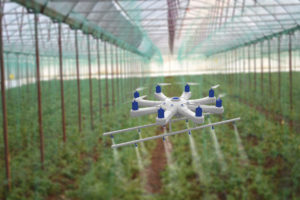 Agriculture globally is a multitrillion-dollar industry. Start-ups and researchers have worked for years to find technological solutions to make it more streamlined and efficient – and the sector is increasingly attracting venture interest.

This year is on track to record the highest investment volume yet and has already surpassed the total in 2016 of $1.97 billion, and all of those prior.

VCs in the space say that years of scientific research, combined with a strengthening of the market’s infrastructure over the past decade, have made the future of investing in agtech bright. But that wasn’t always the case.

“There was an initial ‘aha!’ moment when [investors] realized Silicon Valley was sitting next to the largest farmgate value in the world – this ‘aha!’ moment of being next to $36 billion in agriculture,” says John Hamer, a managing partner at DCVC Bio.

But the technological transition and adoption of the budding innovation in the sector that followed wasn’t easy. Hamer says the agtech boom kicked off in 2012.

“We are in eight, nine years of agtech being an investment area, but it’s very hard to sell software to experts,” Hamer says. “Farmers have been doing this for decades and decades. If some Silicon Valley-software has a glitch, they will be very suspicious about it.”

Hamer is a veteran of the space. DCVC Bio counts agtech as an area of focus and is investing out of its $350 million second fund that closed in August. The firm most recently participated in a $300 million Series D round in San Francisco-based agriculture biotech start-up, Zymergen, in September.

Rob Leclerc, a founding partner of AgFunder, a venture capital fund and media company, says that the industry has reached an inflection point and is ready to evolve after years of legwork.

“There has been so much research in this space to start to make progress,” Leclerc says.

In September, AgFunder participated in a $27 million venture round in Brightseed, a San Francisco-based start-up looking to use artificial intelligence to discover compounds in nature. The company also grabbed capital from Lewis and Clark AgriFood, S2G Ventures and Horizon Ventures, among others.

“There was some market maturation [toward asking]: how do we build software, tools and technologies that farmers are going to use – and use effectively?” Hamer says.

Today’s agtech market is a rich ecosystem of companies looking to solve the agriculture industry’s biggest problems, such as producing more crops with fewer resources and labor shortages, all while adapting to climate change.

Investments into biotech, which includes crop and soil chemical makeup and nutrient absorption, attracts the most capital within agtech, 50 percent of 2020’s agtech investment volume so far, and is on track for its fifth record-breaking year.

More than $1.21 billion has been invested so far this year through 41 rounds, just 20 percent lower than the $1.56 billion invested across 77 rounds in the entirety of 2019, according to PitchBook data.

“The question is, how do you actually grow things and grow them with fewer inputs, with the same or better economics?” says Dwight Anderson, founder of New York-based asset manager Ospraie.

Anderson has been an investor across different realms of agriculture since the late 1990s. He started Ospraie Ag Science, the venture arm of Ospraie, to focus more on innovation in the sector. The concentration made its first investment in 2017 and bioscience has been one of the firm’s areas of focus.

“One interesting area is improving sustainable inputs. How do you help farmers grow more with fewer synthetic chemicals? How do you help a farmer figure out what is wrong with their soil and crops?” Anderson says.

In September 2019, Ospraie Ag Science led the $45 million Series B round into Terramara, a Vancouver-based start-up  looking to create plant-based replacements for synthetic pesticides and fertilizers. ArcTern Ventures and S2G ventures joined the round.

“We have seen the pressures that farming is under economically and environmentally,” Anderson says. “These sustainable improvements have to be done in a way that keeps food affordable.”

This wave of innovation in agriculture is also pushing into indoor farming with a similar message: using technology to improve the industry without compromising the environment, raising the cost of production or using more materials.

Selina Troesch Munster, a principal with Touchdown Ventures, says: “On the indoor hydroponic side, what is the hardware and software that can make an indoor farm more efficient and effective to create high yield?”

Touchdown Ventures partnered with Scotts Miracle-Gro to get involved in this portion of the market. In July, they launched 1868 Ventures, which Touchdown manages, with a $50 million debut fund to buy stakes of $500,000-$2.5 million in bioscience and indoor agriculture start-ups.

Troesch Munster says while these areas wouldn’t fall under Scotts Miracle-Gro’s product suite, and the company isn’t looking to expand into software, they are complementary to the core business and the corporate giant sees the potential in venture investing in agtech.

“Software use, in indoor ag specifically, is a relatively new area, something that has emerged in the past five to seven years,” Troesch Munster says. “I think it is still a market that is gaining traction but farmers and growers, are recognizing that using software to survey conditions in the growing process and using that intelligence to create different outcomes is valuable and addresses needs.”

Indoor agtech has seen growing investment volume and has a sizable runway as many in and outside the industry look toward it as a potential future solution to food scarcity and food supply chain issues. More than $262.9 million has been invested so far this year across 19 deals, according to PitchBook data, up 71.9 percent from 2014’s full-year total of $45.8 million invested across 17 deals.

This is an area of interest for Anderson and Leclerc, too. Both Ospraie Ag Science and AgFunder participated last year in the £1.6 million ($2.03 million, €1.74 million) Series A round of

There is also significant innovation around farm labor, as tech start-ups look to fix or solve labor shortages, including potentially robotic and autonomous solutions.

DCVC participated in the Series A and Series B rounds of Blue River Technologies, a smart agriculture technology and robotics company, which was acquired by John Deere in 2017 for more than $300 million after raising $30.3 million from venture investors.

The outlook for the sector already looked bright as investment volume has steadily climbed, but also as more types of investors have become interested in the market.

“Investors tend to invest in areas that they have some experience with,” Leclerc says. “We are now seeing names popping up on cap tables I wouldn’t have imagined five years ago. As people start to make one, two or three investments in the space they get pulled down the rabbit hole. Maybe they know marketplaces and make an ag marketplace investment.”

Investors predict this may continue to grow as the covid-19 crisis has only further shown the need for innovation and advancement in agriculture and as many GPs are looking to deploy capital in sustainable areas.

“Venture capitalists raise so much money, and everyone can’t pile into the next TikTok,” Leclerc says. “If Silicon Valley raises another $100 billion next year, they need new areas to invest in. It’s not like we’ve completely optimized society. We can make significant improvements and that creates a lot of opportunities for venture to make significant contributions to our food system.”