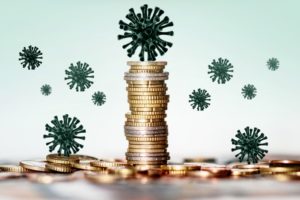 It was a challenging year for everyone in venture capital.

But despite a pandemic, ongoing social upheaval and adjusting to working from home and social distancing, LPs remained busy in 2020.

Leading the way was the European Investment Fund, with at least 28 separate commitments to venture or growth equity fund managers – nearly double the amount from the San Francisco Employees’ Retirement System.

The ranking is based on disclosed commitments to 2020-vintage funds and based on data from Venture Capital Journal’s Research & Analytics team.

The European Investment Fund was the only European LP among the top 12. The seven pensions and International Finance Corporation were US-based, and three came from Asia: Cathay Life Insurance, SME Support Japan and Taiwan Life Insurance.

A majority of LPs surveyed by VCJ‘s annual LP Perspectives 2021 Study – 64 percent – expect to maintain or increase their exposure to venture capital over the next 12 months. Overall, just under half plan to pump more money into the asset class.

Whether LPs will maintain the same pace in 2021 is uncertain. But the proportion of investors who are currently at their target allocation for venture capital increased to 38 percent, according to the annual study, up from 30 percent last year.

Only 23 percent of the LPs in the study say they are under-allocated to venture capital, which is less in comparison to the other asset classes the study asked about.

The ranking of busiest LPs looked at allocations to early-stage venture and growth equity funds. But the annual Perspectives study found that early stage is much more prized, with 33 percent saying they plan to put more money to work in that stage over the next 12 months.

Overall, whether it was early-stage or late-stage/growth funds, the majority of investors plan to invest the same amount or more capital in the next 12 months compared with the previous 12.

For seed-stage funds, 22 percent of LPs plan to invest more capital in the next 12 months. Meanwhile, 30 percent plan to remain consistent with the amount of capital committed to this strategy.

SFERS committed to 15 US-based funds, according to the data. The firms the pension backed included Battery Ventures, Mayfield, Canaan Partners, IVP (which has not yet officially closed Fund XVII) and Versant Ventures.