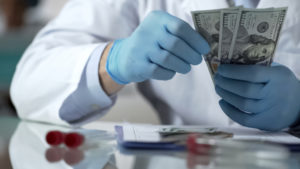 Andreessen Horowitz has raised $750 million for its third bio fund that targets the intersection of tech, biotech and the healthcare system, according to a blog post.

The fund, AH Bio Fund III, was raised from 94 LPs, according to a regulatory filing.

Leading the fund are general partners Jorge Conde, Vijay Pande, Julie Yoo and incoming general partner Vineeta Agarwala. Agarwala was most recently a venture partner at LinkedIn, according to LinkedIn.

The firm, which is famous for proclaiming “software is eating the world,” noted in its blog post that the same is happening in bio. Bio is not the next new thing, it’s becoming everything. “In other words, technology today is enhancing all our existing tools and data, affecting every decision we make, from research to development to deployment – and how we access, pay for, and experience healthcare.”

As with its previous funds, the new bio fund is stage-agnostic, with investments from seed to growth.

Last year, a16z raised $2.75 billion, including $2 billion for a new growth-stage fund and $750 million for its sixth main fund. The firm also invests from a specialized crypto fund.