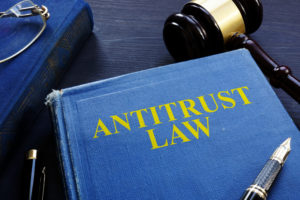 Anti-trust legislation is gaining steam in both the US House and Senate, including bipartisan support. Three separate bills have been introduced in recent months, while the Biden administration is also poised to take action on how large companies pursue mergers.

Minnesota senator and chair of the Senate Antitrust Committee Amy Klobuchar introduced the Competition and Antitrust Law Enforcement Reform Act (CALERA) in February to give more resources to federal enforcers and strengthen prohibitions on anti-competitive behavior.

In April, senator Josh Hawley of Missouri introduced his dual proposals, the Trust Busting for the Twenty-First Century Act and his Bust Up Big Tech Act, which would make it easier to break up dominant market players through anti-trust, as well as help to “break up big tech companies seeking to dominate multiple industries simultaneously.”

Meanwhile, five bills have been introduced in the House, mostly targeting e-commerce businesses, which will largely affect how consumers interact with the Googles and Facebooks of the world. But a few of them caught the attention of the venture industry’s lobbying arm.

“If acquisitions are made more difficult it will chill the creation of new high-growth companies that produce new American jobs,” NVCA president and chief executive Bobby Franklin said. “We urge lawmakers to reject the Platform Competition and Opportunity Act.”

The NVCA is launching an attack on the Senate bills, in addition to the House’s Platform Accountability Act, which would similarly affect the way large institutions pursue mergers.

In a June 14 webinar, the lobbying group said that in their fight against the bills, they are fighting for the little guy.

“Too often, from a policymaker perspective, there is an overwhelming emphasis on how it is that these proposals might affect very large companies. And clearly those companies tend to be the Facebooks and the Googles and the Amazons of the world,” said Jeff Farrah, general counsel at NVCA said in the webinar.

“But not often enough is there an emphasis on how some of these restrictions will affect smaller competitors in the marketplace.”

The NVCA cites statistics from Silicon Valley Bank that say 58 percent of US start-ups expect to be acquired. Thus, the NVCA argues, smaller VC-backed companies, or those most likely to be acquired, will suffer and see lower valuations as a result of anti-trust legislation.

“There is roughly a 10-to-1 ratio of acquisitions to IPO,” NVCA’s Farrah said. “So it is 10 times more likely that your company would be acquired than it would go public.”

The report, titled Mergers, Antitrust and the Interplay of Entrepreneurial Activity and the Investments That Fund It, claims that the legislation would affect horizontal and non-horizontal mergers alike, leading to many deals being abandoned. It also claims that venture-backed industries built on acquisitions, such as hardware, software, biotech and finance, would have their ability to innovate impacted.

The association is also framing this legislation within the context of ESG and diversity.

“If we now change the rules, specifically with regards to ESG and investing in diverse communities, and that they no longer have the opportunity to exit, we’re actually creating a much larger negative impact specifically in those areas,” Sokol said in a mid-June webinar supporting the report.

“I’m not sure that this was really the intention of the members of Congress who have introduced the legislation,” Sokol said.

Additionally, according to PitchBook, there were roughly 3,400 start-ups in 2006, compared to more than 12,000 today. So the need for liquidity events has increased significantly. They also make the case that since many start-ups are engaged in acquisitions of a similar type, that will negatively affect them as well.

When asked what the panelists would do to solve the competition problem that’s leading to a concentration of capital for the largest managers, they remarked that it could be useful to focus more on the companies themselves instead of mergers.

“Certainly, restricting acquisitions is not going to be the solution to it,” Farrah said. “If people have problems with some of the behavioral concerns of large tech companies, then they should go and focus on that and not pretend as if just making these companies not grow larger is somehow going to fix some of those behavioral issues.”