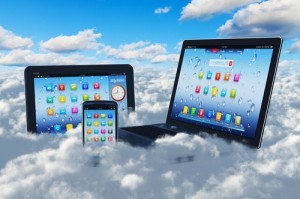 “AppDirect is focused on making it easier for enterprises to find, buy and manage cloud services,” Saks said. “Early on in our development we recognized that the human element is critical to this process and that customers need real people to help them get the most out of those services.”

AppDirect found what it was looking for in Radialpoint.

Founded in 1997, Radialpoint provides technical support software and services that assist vendors and IT help desks in expediting product adoption, solving problems and improving customer experiences. Over time, it has supported some 20 million consumers, the company’s website reports.

“Uniquely, the company has people who have been there for over 16 years,” he said. That bench strength, along with the company’s proprietary technology, will be integrated into AppDirect’s platform to create a range of support enablement offerings and resources.

Post-acquisition Radialpoint will operate as a subsidiary of AppDirect. It will continue to be led by President and CEO Warren Levitan from the company’s headquarters in Montréal.

This approach is consistent with AppDirect’s practice of buying “profitable assets and having existing management teams oversee them,” Saks said. He believes this allows AppDirect to “run faster and be more capital efficient.”

The Radialpoint deal provides an exit to TA Associates, a Boston-based growth equity and buyout firm with an interest in mature technology companies. TA Associates invested about $100 million in Radialpoint in 2008 to expand the business and its market share, in part by developing new products and services.

The firm has been represented on Radialpoint’s board by Manager Directors Hythem El-Nazer and Jonathan Meeks.

TA Associates did not respond to a request for comment.

AppDirect was founded in 2009 by Saks and Co-CEO and Chairman Nicolas Desmarais, both Montréal-born entrepreneurs who recently celebrated their 30th birthdays. AppDirect was the duo’s first major venture, intended to “harness all of the great technologies in the cloud,” Saks said.

Since then, AppDirect has raised US$245 million in total funding. That includes the US$140 million Series E round led by J.P. Morgan Asset Management last October. Canadian venture firm iNovia Capital, which led the company’s seed financing in 2011, as well as its two subsequent rounds, joined the Series E.

Radialpoint is the third Canadian startup bought by AppDirect. Another is AppCarousel, a Calgary-based app management provider picked up last September.

Acquisitions are key to AppDirect’s strategy, Saks said. They help achieve growth milestones it cannot attempt in-house or secure through partnerships. Acquisitions like Radialpoint can “further accelerate the number of paid business users” of AppDirect’s platform and “increase value,” he said. AppDirect currently has over a million paying subscribers worldwide.

Two years ago, AppDirect opened an office in Montréal to tap the city’s large population of engineering talent, which Saks believes is “on par with Silicon Valley.”

Photo of Daniel Saks and Nicolas Desmarais courtesy of AppDirect

Photo of apps and clouds courtesy of Shutterstock