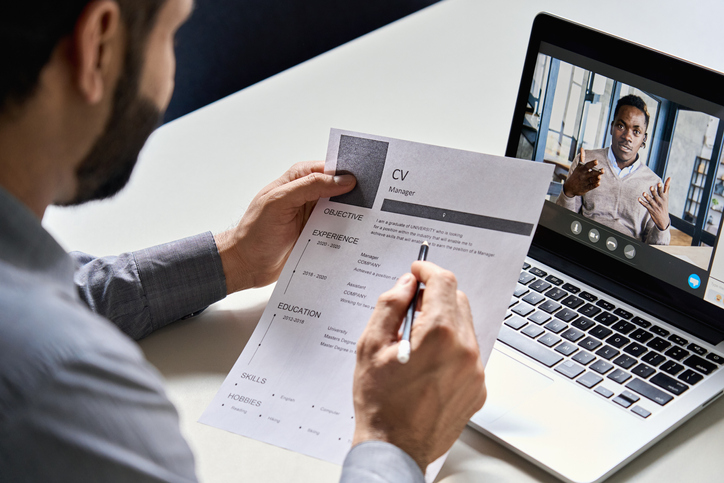 Her route to joining Initialized is one that’s common for most investing partners in the venture community. After a decade as an engineer and product manager at various companies, and having founded a learning analytics company called Gradeable, Singh spent the previous five years at Founder Collective.

At Founder Collective, she evaluated more than 3,000 early-stage tech companies in Boston and New York and helped lead the firm’s investments in Embark Veterinary, Broadlume, Running Tide and HealthNote, among others. In the process, she expanded her network that eventually connected her with Initialized.

Then, before onboarding at Initialized, Singh spent about eight months getting to know the team and speaking regularly with founder and managing partner Garry Tan and president and partner Jen Wolf.

For the firm’s next hire, however, a different process is in place from the way Singh came aboard.

Initialized, which was an early investor in Coinbase, Instacart and Opendoor, among others, is in the midst of conducting an open hiring process allowing anyone to apply to work as an investor as it seeks to fill two roles: partner and principal.

“We wanted to open the gates and make our next hire more transparent, so we opted to open up the partner role to applicants,” said Wolf, who is overseeing the hiring process.

In this era of diversity and inclusion, firms are looking for ways to expand their rosters and are seeking out new partners and entrepreneurs they may have overlooked in the past.

But an online application isn’t typically how venture capitalists are hired. Wolf acknowledged that the firm is using a recruiter to help conduct outreach. But the process of finding and hiring the next partner is mostly going through the open application in which anyone seeking to join the firm can visit the jobs page on Initialized’s website and fill out an application.

The firm confirmed that some 835 candidates applied for the principal role while the partner position attracted about 300.

Wolf said that many of the applicants are new to venture, and she added that part of the outreach with candidates includes educating some of them on compensation and promotion, details that are often opaque to outsiders.

She added that the firm is looking to see how some of the candidates would work with companies, a skill set start-up founders find helpful. She admitted the open hiring process involves more work to sort through potentials. But she said the unique way of talent hunting is bringing lots of different candidates and people with diverse backgrounds that the firm would otherwise not see.

Wolf said the firm expects to hire a principal by the fall. A new investing partner will likely take a little longer, although the firm should also know by the fall who the new partner is, she said.

The open hiring process comes as the firm – which is an investor in unicorns Flexport, Patreon and Rippling – is growing. Initialized, which turns 10 next year, is currently investing out of a $230 million fifth core seed fund, raised in August 2020, bringing the firm’s AUM to about $1 billion.

The open hiring process is actually on point for the Initialized brand.

Tan, who was an early partner at Y Combinator, is known for his relatable YouTube videos in which he talks about start-ups, investing and the future of Silicon Valley. He also has told his YouTube audience about the firm’s open application.

Initialized itself is already known for being diverse. With the hire of Singh, four of the six investing partners at the firm are women.

However, Wolf said women remain underrepresented throughout venture. She referenced the NFL’s Rooney Rule, which began in 2003 as a way to require every team in the league to interview more diverse candidates. She said the firm is targeting to hire 50 percent women or underrepresented minorities.

“For the partner position, we’re seen as a magnet for candidates who are women,” she said. “The more diverse you are as a firm, the more likely you are going to attract more diverse candidates.”

Because the firm is focused on diversity, Wolf said that LP reaction to the firm’s approach has been positive.

“Some LPs are interested in seeing if they can apply the same process to their own program and help find new fund managers or markets,” she said. “This open hiring process is one way to find an interesting new manager or partner.”