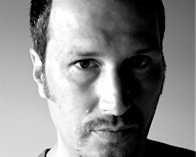 You may not have heard of Famo.us yet. But every software engineer worth his salt is trying to land a job at the 11-person company. So suggests its cofounder, Steve Newcomb, who also cofounded the semantic search engine Powerset, for which Microsoft paid $100 million in 2008.

In part, engineers are drawn to the challenge that San Francisco-based Famo.us is tackling, which is to use HTML5 — the fifth generation of the HyperText Markup Language that defines how Web pages are created and displayed – to make smartphone, tablet, PC, and even TV applications richer and faster than ever before.

But there’s also the challenge of landing a job at Famo.us, a two-year-old startup that eschews recruiters, extends jobs only to candidates who are uniformly agreed on by the entire company, and where any employee can veto a potential hire without having to explain why.

And that’s just the half of it.

“When you’re trying to invent something, you don’t hire the kid who went through a six-week course on JavaScript,” says Newcomb, sitting in Famo.us’s glass-lined loft in San Francisco’s trendy South of Market neighborhood. “We hire true engineers. We hire true mathematicians. It takes them longer, because they’re building from scratch. But once they build something, it’s significantly more abstracted and powerful than if they had” lesser credentials.

Candidates have to be willing to jump through numerous hoops first. Not only can their prospective peers vote them off the island, but to land a job with Famo.us, job hopefuls undergo an all-day interview and software code review that most do not get past.

Says Newcomb, “We’ve had people in chief architect positions [elsewhere] that haven’t made it.”

Of those individuals invited back, just half move on to the next test, which involves working anywhere from two weeks to three months as a paid contractor so employees can assess whether or not there’s a cultural fit, as well as gauge the candidate’s technical skills.

Part of the latter test involves building an app in Famo.us’s JavaScript framework, and the more ambitious the project, the better.

Ryan Martin, for example — formerly the technical director at the visual effects company Industrial Light & Magic — rebuilt Twitter’s mobile application. Newcomb said it took him two weeks. Newcomb also proudly notes that Martin is a “junior developer here, to give you an idea of the quality of people we hire.”

At least one candidate was asked to leave after just one day of his trial run. “We’ve been snowed a couple of times in the interview process,” says Newcomb. People who oversell themselves “get caught quickly.”

If people think Newcomb is arrogant or delusional, that’s just fine with him. Newcomb regularly likens himself to another founder who was often called both, Steve Jobs. In fact, Newcomb compares Famo.us to a “very young Apple from a cultural perspective.” And, as a kind of proof, he volunteers that he “tested out three types of glass” before selecting the office windows, tells me that it took him “six months to choose my pencil,” and insists that although a long, heavy wood conference table around which we are seated is “one of the most expensive you can buy,” the team is “probably throwing it out because it doesn’t meet our specifications.”

Now Famo.us — which Newcomb says is profitable and “in contract” with several major-league hardware vendors that he declines to name publicly — is in the process of raising a Series B.

I ask Newcomb how the process is going. He shrugs. “There are lots of VCs chasing us.”