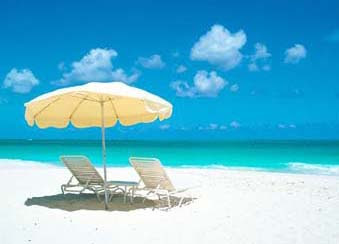 If Facebook goes public next year as is widely expected, hundreds of its employees will become worth more than most average-size American businesses. They’d better start thinking of themselves as business entities, wealth experts suggest. It’s going to be a roller coaster.

How terrible can it possibly be to become a freshly minted multi-millionaire with enough money to buy new cars, a luxurious home or two, and trips to French Polynesia whenever one chooses? Those with an interest in dispensing advice to the newly rich say the transition is a lot harder than most imagine — and that it doesn’t take an NFL player to screw it up.

Keith Banks, President of U.S. Trust told me last week that there’s a difference between people who inherit their money and those who become independently wealthy through their own combination of work and luck.

“People who inherit money [think] about things like the importance of a robust estate plan,” Banks says. “Because they were the recipient of wealth transfer, they know the drill, and so they do the things to ensure that their heirs will be good stewards of that wealth and don’t squander it.”

But self-made millionaires often don’t focus on preserving their capital for future generations. According to a U.S. Trust survey that was published last week, roughly 50 percent of 457 wealthy respondents said that inter-generational wealth transfer isn’t top of mind. Banks suggests this contingent is made up of people who “aren’t the recipients of trust funds and didn’t watch their parents develop sophisticated estate plans. They aren’t thinking about inter-generational wealth. They’re thinking, ‘I may start another business. I may travel.’”

“The old adage about going from shirtsleeves to shirtsleeves in three generations? It’s true 80 percent of the time,” says psychologist Stephen Goldbart, who’s been treating high-net-worth clients for 14 years at the Money, Meaning & Choices Institute in Kentfield, Calif., outside San Francisco. (Goldbart is the guy who coined the phrase “Sudden Wealth Syndrome” during the first dot.com bubble.) “You can create debt for yourself no matter how much you have,” he says.

And that’s only the beginning. Goldbart says money also takes a toll on relationships. “If your friends have a lot of money, it’s easier. Then you’re part of a cohort of people who are grappling with the same issues.” But “even if you’re perfectly nice about it, people start treating you differently. There’s envy; there are requests.”

Parenting is another challenge, says Goldbart. Many affluent parents worry their money will dampen kids’ ambitions. As a result, they often don’t talk about their wealth with their children. In that same U.S. Trust survey, a full 67 percent of respondents – all of whom have at least $3 million in investable assets – said they haven’t told their kids the full extent of their net worth. Says Banks: “Is it going to create a disincentive for the child to have his or her own career and become independently wealthy? [Parents] worry about how much information is too much.”

Goldbart says that his clients are often under the impression that their kids have only a vague notion of their affluence. Surprisingly, though, kids usually know all about the money, and trying to conceal the facts is futile at best. “Whether you live large or not, your kids will know that you have money,” he observes. “The kids say [to me], ‘I know exactly how much my dad is worth. I looked it up online.’”

Children of Facebook employees won’t have to look far to learn about their parents’ newfound riches. If Facebook’s secondary market valuation holds up, its market cap could well exceed $100 billion, transforming anyone with even .01 percent of the company into a decamillionaire. (Contrast this with Google, which went public in 2004 with a market cap of only $23 billion.)

With this much of a windfall at stake, the professionals say the time to start preparing is now. “The more the money is disconnected from actual competency, the harder it is to absorb,” insists Goldbart.  Even for a generation that at times seems to presume its financial success, he says, “it’s much easier to handle a positive financial income if you can say, ‘I invented that thing,’ rather than, ‘I happened to be at the right place at the right time.’”