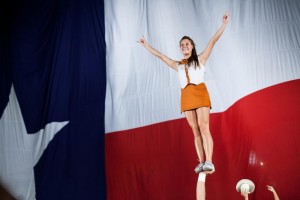 It isn’t clear what the return will be for Austin Ventures. It had committed to invest $100 million in Asset International, but AI CEO Jim Casella said the venture firm had not invested the full amount. Executives at Austin Ventures could not immediately be reached for comment. Senior Associate Dave Alter worked on the deal for Austin Ventures, according to the firm’s website.

Austin Ventures invested in AI in 2009 from its 10th fund, which closed on $900 million in 2008. Austin Ventures X had an internal rate of return of 12.25 percent and a multiple of 1.37x as of Dec. 31, according to Bison, which tracks PE and VC performance data. (Austin Ventures already lists the deal on its website under “past” investments.)

The sale to San Francisco-based Genstar is expected to close in July. Genstar will have a majority stake in Asset International, Casella said. “We had been talking on and off to Genstar for some time,” he told VCJ sister publication peHUB. “We are delighted they came through the auction process as the winner.”

Tony Salewski, a Genstar principal, said the San Francisco PE firm has known Casella and the AI team for a number of years. “We know data and we know the asset management space,” he said. “We’re really excited with what we can do together.”

News of the Asset International auction was reported by peHUB in May.

Asset International has been using a combination of debt from Goldman Sachs Specialty Lending and equity to make acquisitions, Casella said.

The company plans to continuing growing organically, he said. Asset International also expects to do more deals and will be looking to buy companies similar to Investor Economics, a provider of fund flow data for the Canadian market that Asset International acquired in 2013.

“We are looking to buy businesses like Investor Economics that are subscription-based in financial services,” Casella told peHUB.

Genstar’s investment in Asset International is coming from its sixth fund, which raised $1.5 billion in 2011, according to Bison. Genstar Capital Partners VI had produced a multiple of 0.97x as of Sept. 30, Bison reports.

Once the acquisition of Asset International closes, Genstar Fund VI will be roughly 50 percent invested, Salewski said. He declined to comment on future fundraising. “We’ve returned a lot of capital and we’re on a good pace with the current fund,” he said.

Jonathan Knee and Jason Sobol of Evercore Partners provided financial advice to Asset International. Genstar did not use an outside banker.