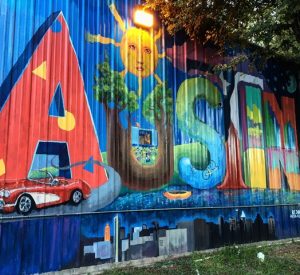 Good news for startups in the Texas capital: More than $200 million in net new venture funds are being raised in Austin.

A Feb. 27 filing with the Securities and Exchange Commission shows Silverton Partners is seeking to raise $100 million. (The firm declined comment on the fund.)

Meanwhile, NextCoast Ventures, co-founded by former Austin Ventures General Partner Tom Ball, said on March 2 that it closed its debut fund at $88 million. The pool will invest in companies in education, retail, B2B and B2C.

And in August, TrueWealth Ventures said in a regulatory filing it raised $4.7 million of a targeted $20 million fund. The firm, founded by two female GPs and focused on investing in female-led companies, had a second close at the end of last year but did not disclose the amount.

In early March, Washington, D.C.-based NextGen Venture Partners raised $22 million from 83 LPs. Managing Partner Jon Bassett, who lives in Austin and is a former principal at Silverton Partners, says that about 20 percent of NextGen’s investments thus far have been in Austin and he and his partners plan to continue investing in the city, whose slogan is “Keep Austin Weird.”

He expects a similar strategy from Fund V.

For its part, NextCoast Ventures’ fund was “way oversubscribed,” said co-founder and Managing Director Mike Smerklo, who was previously a limited partner of Stonewall Equity Partners. The firm’s initial target for the fund was $50 million.

Smerklo said that NextCoast raised the fund with commitments from institutional investors, funds of funds and family offices, including several Texas-based LPs.

“We realized it’s an amazing time in terms of entrepreneurial activity in the Austin market with so many companies moving here, a lot of tech companies setting up a large presence or satellite here,” he said.

“We saw a huge opportunity in terms of the imbalance between entrepreneurial activity and institutional capital. Part of our goal was to bridge the gap after Austin Ventures” closed two years ago.

He expects half to three-quarters of the capital NextCoast raised to be deployed in Austin. The firm has so far completed seven investments, with four of them — Umuse, Dropoff, OnRamp and Phlur — based in the city. Investments range from $2 million to $5 million and are either Series A or Series B rounds.

Smerklo, former chief executive of ServiceSource, moved to Austin from Silicon Valley about 18 months ago because he sees its potential.

“The city has an amazing entrepreneurial culture, strong technology environment and quality of life,” he said. “Right now, Austin feels like San Francisco did 20 years ago. Something special is continuing to happen here.”

The city is known for its robust startup scene, as well as its annual week-long SXSW interactive and music conference and festival in early March. The absence of a state income tax, more affordable real estate and a business-friendly climate is appealing to large companies and startups alike.

Smerklo says the fact that a number of large companies, such as Google, Amazon, Apple and Facebook, are continuing to build their presence in Austin, and they’re raising the bar on the executive talent.

“There’s also amazing engineering talent from the university,” he said.

Meanwhile, Smerklo says the firm’s outlook toward other venture firms in the area is “the more, the merrier.”

“A lot of great firms that are here are going to raise more capital,” he said. “That’s a wonderful thing for the ecosystem. All the firms in town are cheering for each other because the more capital you have, the more success we all have. While we don’t pretend Austin is going to be the next Silicon Valley, when you look at all the ingredients, it’s really fun.”

Sara Brand, co-founder and general partner of True Wealth, has a different perspective on her firm’s role in the Austin-area venture landscape.

Since holding its first close last August, True Wealth has invested in one company and it is Austin-based. She predicts most of the firm’s investments will be in Texas, with about one-third in Austin.

“My partner and I are based here, and there’s so much going on with different accelerators and incubators, we just see a lot more deals locally,” she said.

In an effort to identify why Austin was named the No. 1 city for startups by the Kaufmann Foundation for the past two years, Brand and her partner Kerry Rupp  have looked to the University of Texas at Austin.

She also said that Dell Medical School is going to focus on translational research and turning ideas out of labs into products, services and devices.

“That’s a huge differentiator for Austin,” she said.

Brand also says the smaller community lends itself well to greater cross-collaboration. For example, she said, an expert in elder care and one on semiconductors can have a conversation at an event and perhaps innovate on the convergence of those two areas.

“A lot of interesting innovation happens at the boundaries of expertise,” Brand said. “That doesn’t happen as much in the Bay Area or bigger cities because of their size.”

Mary Ann Azevedo is a Texas-based contributor. She can be reached at maryannazevedo@gmail.com

Action Item: In December, VCJ is hosting VCJ Southwest at the Kimpton Hotel Van Zandt in Austin, Texas, as part of the PartnerConnect Southwest. For more info, go to https://partnerconnectevents.com/pcsw2017/