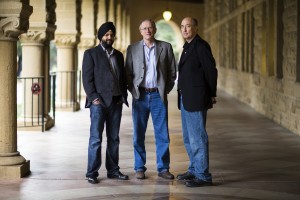 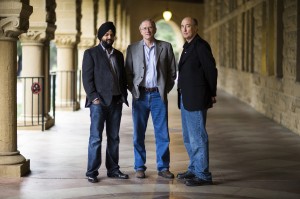 Ayasdi is a 50-person startup that’s automating the insights companies can glean from their own data. And today, it’s announced that it has raised $30.6 million from Institutional Venture Partners, Citi Ventures and GE Ventures. That’s more than triple the $10 million Series A the Palo Alto-based startup raised roughly one year ago from Khosla Ventures and Floodgate, two firms that also participated in Ayasdi’s new funding.

The money looks like a smart bet, based on the problem Ayasdi is trying to address: the dearth of data scientists available to address the enormous datasets of information being collected with nearly every click of every computing device.

According to McKinsey & Co., the U.S. has roughly 140,000 to 190,000 fewer people with analytic expertise than it needs. By 2018, the U.S. will need 60 percent more people with advanced degrees in statistics or machine learning than will be available. The problem has grown so extreme that Ali Behnam, cofounder of the tech recruiting firm Riviera Partners, has told peHUB that pay for data science jobs is soaring, from $150,000 two years ago to upwards of $225,000 these days – even for those straight out of school.

Enter Ayasdi, whose machine-learning algorithms promise to “massively” increase the number of “data scientists” that a company has, as long as the company’s employees have some computer, mathematical or domain expertise. (By contrast, traditional data scientists have graduate-level degrees and backgrounds in machine learning or statistics.)

When an oil company is contemplating a piece of land for purchase, for example, it has to collect microseismic data that can cost upwards of half a million dollars before it makes a purchasing decision. Ayasdi’s cofounder and CEO Gurjeet Singh says that Ayasdi’s technology can help such customers more cost-effectively and quickly understand the data they are collecting from hundreds of sensors that are measuring temperature, pressure, moisture, and carbon levels, among other things.

Anadarko Petroleum Corporation, an oil and gas exploration company, is apparently seeing some results, having recently signed on as a customer. Others of Ayasdi’s customers – who pay for Ayasdi’s software based either on the amount of data they produce, or the number of their employees using Ayasdi’s applications — include General Electric, the U.S. Food and Drug Administration, and the University of California San Francisco.

“The idea isn’t to eliminate data scientists,” says Singh. The idea is to transform datasets into information that’s far easier for a greater number of employees to use.

Aside from Ayasdi’s funding, however, the company’s pedigree could be a big advantage in what will invariably become a more competitive space. Singh and Ayadi’s cofounders, Gunnar Carlsson and Harlan Sexton, all specialized in – and were given federal grants to study — a branch of mathematics called topology at Stanford. It was there that they decided in 2008 to strike out together. Since then, the company has brought aboard dozens of its own data scientists, many from Stanford, to teach customers how to use the technology.

“For us, because of our credentials and our networks,” Singh says, “finding data scientists hasn’t been a challenge.”