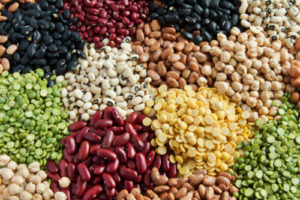 Israeli seed breeding start-up Equinom has secured a $10 million Series B round of funding to accelerate its growth.

The company is a supplier to French pea protein producer Roquette, which is one of Beyond Meat’s key suppliers of plant proteins. Roquette and Beyond Meat signed a new three-year supply agreement in January.

Equinom’s proposition is based on markedly increasing the nutritional value of crops, such as legumes, by using a process of natural breeding that is aided by its algorithms.

Founder and CEO Gil Shalev told Agri Investor, an affiliate publication of Venture Capital Journal, that the company is working to restore crops to their nutritional makeup from “100-200 years” ago, before breeding aimed at enhancing yield had fully taken hold and which came at the expense of nutrition.

The Series B funding round was led by BASF Venture Capital, with Roquette and Fortissimo Capital also participating. Trendlines Group’s Trendlines Agrifood Fund also made its debut investment in the round, committing $1.6 million.

The value of commitments made by other investors was not disclosed.

Equinom’s sesame seeds are already on sale in such markets as the US, Australia, Turkey and South Africa. The company’s sesame variety has been enhanced so it can be harvested using machinery instead of manual processes required by traditional sesame, and it’s able to produce increased oil content, Shalev explained.

The start-up counts farmers, members of the food industry as well as the food supply chain as its customers, added the CEO.

Shalev declined to reveal any financial details about the company, such as annual revenue.