Big rounds continued to drive venture capital investing in the first quarter, even as late-stage deal sizes plateaued and private equity firms showed a slowing interest in the asset class.

Overall, venture capital investment maintained a strong pace in the period, falling only modestly from an unusually large fourth quarter, according to PitchBook and the National Venture Capital Association.

The PitchBook-NVCA assessment confirms what VCJ reported last week , that activity in the United States softened in the first quarter, but largely because the fourth quarter included the massive $12.8 billion Juul Labs funding.

In the year’s first three months, $32.6 billion went to startups in the United States, off from $44.2 billion in the previous quarter, PitchBook and the NVCA found. Deal volume slumped about 24 percent to 1,853 from 2,425 in the fourth quarter. 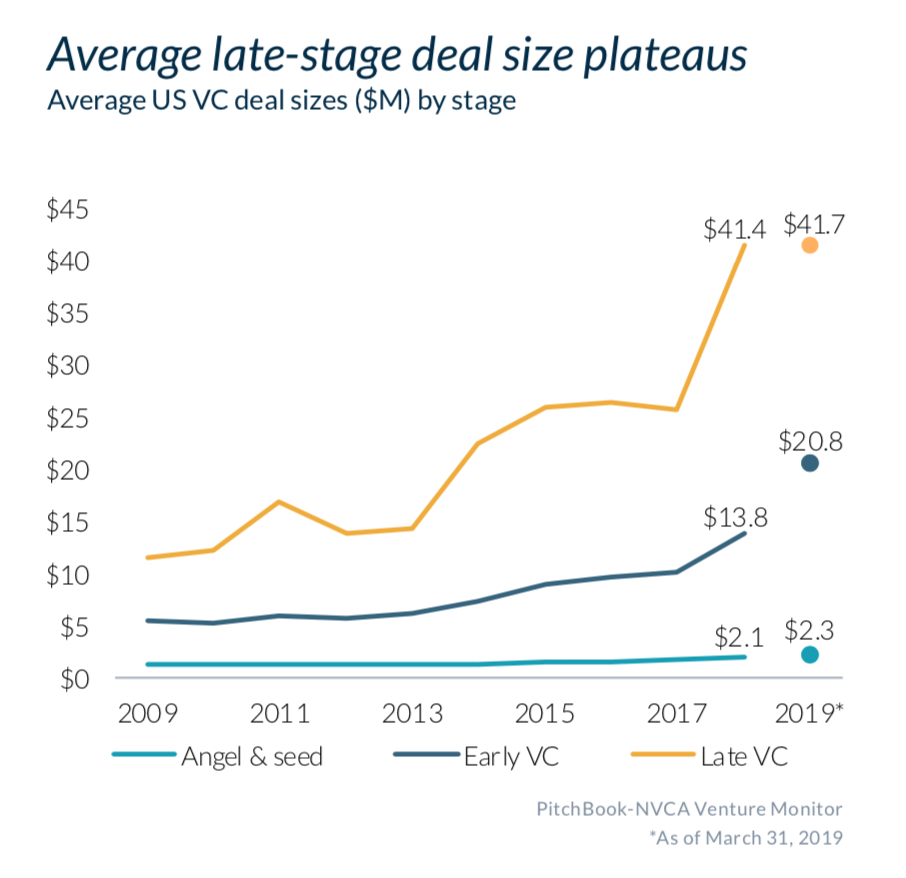 They also show VCs aren’t shy about backing large-scale financings. Half of the recent quarter’s capital, or $16.2 billion, went to back deals of $50 million or more, a share similar to 2018.

And for the second quarter in a row, more than $20 billion overall went into late-stage investing.

However, the average late-stage deal size flattened in the period, rising only to $41.7 million from $41.4 million last year, while the round size for early-stage deals continued to grow.

Also of note is that while corporate investors continue to invest at a record pace, joining 59.6 percent of deals in the quarter measured by dollar value, private equity participation cooled. PE firms joined deals worth $6.3 billion, down from $8.9 billion in the fourth quarter.