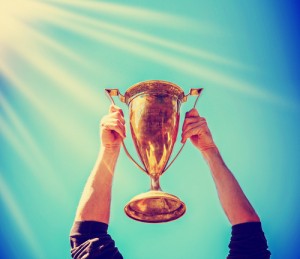 Square’s widely anticipated IPO has captured a great deal of attention this week, but it’s biotech companies that should be getting the top billing.

So far through mid-November, almost 60 percent of the IPOs of venture-backed companies on the Nasdaq and NYSE exchanges have been biotech companies. This continues last year’s record-breaking performance, when 59 biotech companies went out on U.S.-based exchanges, more companies in any year since the National Venture Capital Association and Thomson Reuters began keeping records in 1994.

The fourth quarter is no departure. Seven of the nine venture-backed companies floating stock on the Nasdaq and NYSE have been biotechs so far, according to data from Thomson Reuters. That brings this year’s total to 41 with a month-and-a-half to go.

Another 12 companies selling stock to the public on the exchanges were medical device or digital health companies, meaning that more than three-fourths of this year’s VC-backed IPOs were life sciences related. Just 20 percent were IT or tech related.

Square’s deal may offer new insight into the way public market investors view high-valued tech deals. But clearly they have an appetite for biotech and healthcare.

See the accompanying table for a list of fourth quarter deals through Nov. 16. Because Edge Therapeutics and Mirna Therapeutics priced on Sept. 30, they are not included.

To download an Excel file: Q4 2015 VC-backed IPOs to date