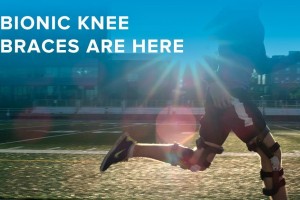 Spring Loaded Technology, a Halifax, Nova Scotia-based knee bracing technology startup, has obtained $1.9 million in seed-stage financing. The investment came from Canadian venture capital firm Build Ventures, and adds to the $1.8 million raised by the company in late 2014 from Innovacorp and other backers. Spring Loaded, which is currently running a crowdfunding campaign on Indiegogo for its latest bionic knee brace product, LevitationTM, also said it has won a $1 million military contract with the Canadian Department of National Defence. Last June, the company’s co-founders, Chris Cowper-Smith and Bob Garrish, won the 2015 BDC Young Entrepreneur Award.

Blowing crowdfunding goal out of the water in less than 48 Hours, Spring Loaded Technology secures $1.9M in VC funding and a $1M Department of National Defence Contract to bring world’s first bionic knee brace to market

HALIFAX, NS – March 8, 2016 – Spring Loaded Technology is currently running a crowdfunding campaign for its lightweight and compact bionic knee brace, LevitationTM, on Indiegogo. LevitationTM reached its original goal of $75,000 within 48 hours, and is now over 200% funded within two weeks. In addition to their successful campaign, Spring Loaded Technology is now announcing that the company has secured $1.9M in seed round funding from Build Ventures and a military contract with the Canadian Department of National Defence for $1M.

The launch of this award-winning cutting-edge technology signals a new era of affordable consumer bionics, enabling augmented strength and mobility for people around the world. LevitationTM may look like other knee braces, but unlike other products, stores kinetic energy in a new type of compact and powerful spring as the user bends their knee and returns that energy in a customizable way as they straighten their leg. The result is a product that augments the natural power of the quadriceps muscles while simultaneously increasing endurance and helping to prevent injury.

“Spring Loaded Technology has the potential to revolutionize the marketplace,” said Rob Barbara of Build Ventures. “The affordable technology they’ve developed will make bionics more accessible. We’re excited to see this company continue to develop its offerings and impact the industry.”

“We wanted to create a powerful spring loaded knee brace that was affordable and could benefit everyone,” said award winning scientist and CEO, Chris Cowper-Smith. “Through years of research, we developed a new type of liquid spring that allowed us to keep our brace light, powerful, and compact, but also remain affordable.” Chris and his partner Bob Garrish, CTO, have led the Spring Loaded Technology team during the past three years to develop the bionic technology behind LevitationTM.

Designed with the individual in mind, Spring Loaded Technology used ultra thin, lightweight carbon fiber to create Levitation so that it can be seamlessly used in almost any activity. Available in sizes XS through XXL, the brace’s sleek design allows individuals to wear it under their clothing and continue with their everyday routine unhindered. Levitation’s mechanical hinge is the secret to making the brace bionic, and works by storing energy when the user bends their knees, and returning that energy in a customizable way with the extension of the leg. This helps to simultaneously augment the natural power of the thigh muscles while increasing endurance and preventing injury.

Individuals plagued with knee injuries or a movement disability can use Levitation to improve mobility and reduce pain. Athletes can benefit from heightened endurance, increased performance, and injury prevention. Even workers accustomed to repetitive movements, such as bending, crouching, or heavy lifting, will notice the ease of motion as Levitation provides an extra burst of energy combined with increased joint stability and shock absorption.

Pre-orders are now available through the Indiegogo campaign page for as low as $1,199, a fraction of the retail cost set at $2,500. Designer models available in customizable colors and a specialized skiing version of the brace are also available. Levitation is expected to be reimbursable under most insurance plans when used in medical cases.

Levitation is based on similar technology found in the firm’s military grade, bionic knee brace, UpShot. While Spring Loaded recently secured a $1M contract to supply UpShot to the Canadian Forces, the release of Levitation on Indiegogo represents the launch of Spring Loaded’s consumer product line.

The company is currently manufacturing units, and will begin to ship to backers of the Levitation™ campaign in June of 2016.

Spring Loaded Technology is an award-winning company based in Halifax, Nova Scotia, which designed an entirely new knee bracing technology to enhance the strength and power of the leg muscles. By increasing leg strength, their technology can be used in a wide range of applications including: mobility assistance, fatigue reduction, injury prevention, injury rehabilitation, and performance enhancement. The company was founded in 2012.