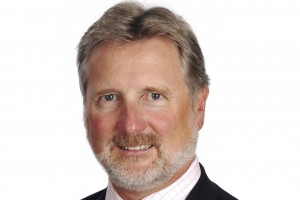 (Reuters) – Investors have fired G. Steven Burrill from the head of a $283 million venture-capital fund he ran amid alleged fraud and misuse of capital, according to a lawsuit.

The news of the suit, filed last week in San Francisco, comes at a time when the Securities and Exchange Commission is taking a hard look at hidden fees at private equity funds, although the investigation has not yet touched venture capital funds. Private equity funds tend to be larger and invest at later stages compared to venture funds.

The suit, filed by Ann Hanham, who until November was a managing director at the firm, Burrill & Co., alleges that $19.2 million in unauthorized payments were made to Burrill or his affiliates from a fund launched in 2006 called Fund III. The suit was filed last week in Superior Court of California, San Francisco.

Neither Burrill nor Sen responded to email requests for comment. An email to Hebert bounced back. A spokeswoman for the firm, Marie Daghlian, characterized the issue as an “employment dispute” and declined to comment further.

Hanham, who joined Burrill & Co. in 2000, paints a picture of a firm struggling to do well in life sciences, a hot sector in the mid 2000s that has since fallen on hard times. Just five of 25 investments in a previous fund, Fund II, were profitable, according to the suit, a small percentage for a fund that started investing in 2001.

Her position at the firm, once solid, began to erode in September last year once she and two colleagues, fellow managing directors Roger Wyse and Bryant Fong, discovered the missing cash, the suit alleges. They requested that Burrill return the funds, first verbally, and then in writing.

“We can earn our way out of trouble,” Burrill wrote to Hanham in mid-September, the suit states.

In early October, Burrill and Hebert acknowledged the need to reimburse the fund, but by late that month, “there was no cure in place,” the suit states.

As Burrill had also ignored requests to alert investors in the fund, Hanham, Wyse and Fong told the fund’s advisory committee themselves in late October, according to the suit. Burrill then fired Hanham and stiffed her out of portions of her salary, shares of investments owed to her, and other payments, the suit alleges.

But in March, the advisory committee fired Burrill and named BAR Capital — which is managed by Hanham, Fong and Wyse — as the “interim general partner of Fund III,” the suit states.

Hanham is alleging wrongful termination, breach of contract, fraud and civil conspiracy, among other claims.

While investors in venture capital funds often complain about steep fees, generally including annual management fees around 2 percent of funds invested plus 20 percent of any returns, outright fraud in the industry is rare.

Burrill & Co. was founded in 1994. Over the years, it has raised $1 billion for various funds.

The news of the suit and firing was originally reported by Forbes.