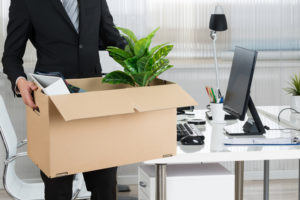 Brooks, who worked at CalSTRS since 2004, worked across the system’s investment portfolio, with an emphasis on emerging managers and the home loan program, according to a statement from NAA.

She was particularly well-versed in the language of emerging private equity managers, including those run by minorities and women.

Brooks “joined us in 2004 to help expand the diversity of our investment partners. She helped establish CalSTRS as a pacesetter among our peers,” Chris Ailman, CalSTRS CIO, said in a statement.

Brooks, a U.S. Air Force veteran, said: “I look forward to collaborating with all NAA members and friends in making new roads for success. As a great Spanish poet once said, ‘Caminante, no hay camino, se hace camino al andar!’ (Walker, there is no path, the path is made by walking.)”

Brooks will join New American Alliance as chief executive officer in January, according to a statement from the organization. NAA is a nonprofit organization that represents Hispanic business interests and counts private equity as the bulk of its membership.

NAA, formed in 1999, organizes events for education and networking and meets with public institutions to enhance exposure to Hispanic-led businesses, including emerging PE firms.

NAA has worked with large public institutions, like CalSTRS, to try and increase emerging-manager representation.

She moves into the role for Rosie von Lila, former founder and director, investor relations of Lumera, an infrastructure firm, who took over interim leadership earlier this year.