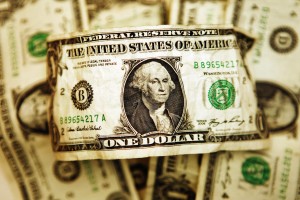 Canaan Partners, a backer of Lending Club, Skybox Imaging and Zoosk, is back in the market raising its 10th venture fund targeting $600 million, with a $650 million cap, according to two people with knowledge of the fundraising.

The firm, which focuses on seed and early-stage tech and healthcare investments, has sent out private placement memorandums for the fundraising, according to one of the sources, a limited partner who has seen the document.

“The fundraising will go fast, their numbers are really good,” the LP said.

Marta Bulaich, a spokeswoman for Canaan Partners, declined to comment.

The Menlo Park, California-based firm, which closed its ninth fund with $600 million in commitments in 2012, uses the one fund to invest in healthcare and IT, including digital media, consumer Internet, enterprise, biopharmaceuticals, mobile and communications and healthcare infrastructure companies, according to a past statement from the firm. The firm, which focuses on deals in the United States, India and Israel, opened its New York office in nearly four years ago.

Fund IX was generating a 0.95x multiple as of March 31, 2014, according to alternative assets data provider Bison.

The firm’s fundraising effort comes shortly after its most recent exit and while it’s poised to have a couple more. In June, Google agreed to purchase Skybox Imaging, which provides high resolution space-based imagery of earth, for $500 million. Skybox had raised about $95 million from Canaan, Bessemer Venture Partners, Khosla Ventures and Norwest Venture Partners. Canaan invested in Skybox from its ninth fund, according to data from Thomson Reuters (publisher of VCJ).

Canaan is also an investor in the online dating site Zoosk, which is in registration for a $100 million IPO, and the peer-to-peer lending site Lending Club, which is reportedly talking to investment bankers and is considered a likely IPO candidate later this year. The company, which some reports peg is valued at about $4 billion, could seek a $500 million IPO.

Other Canaan-backed IPOs in recent years include The Active Network, Esperion Therapeutics and SuccessFactors, among others.

Canaan was also an investor in Israel-based PrimeSense, the maker of 3D sensors used in the Kinect gaming system and which Apple bought in late 2013 for $350 million, according to published reports at the time. PrimeSense had raised about $80 million from Silver Lake, Gemini Israel Funds and Canaan, which joined in the company’s second round in 2008.

Among its duds was Apieron, a maker of sensors to detect exhaled nitric oxide and which raised about $80 million from Canaan, Draper Fisher Jurvetson and others before it filed for bankruptcy 7 in 2010 and sold its assets to Aerocrine.

If Canaan were to reach its hard cap of $650 million, it would rank as the 10th largest venture fund raised year-to-date.

Alastair Goldfisher contributed to this report.