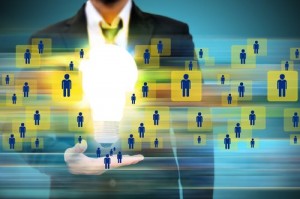 A slump in the Canadian dollar, which hit a 12-year low this month, has made it harder for the country’s technology companies to recruit top talent, posing a longer-term risk to the sector’s development, industry veterans said.

The dollar’s slide means Canadian startups also face tougher competition for staff from the local divisions of deep-pocketed U.S. players such as Google, which have set up in technology hubs like the Kitchener-Waterloo region of Ontario.

“The biggest thing that all of these (Canadian) companies face is a war for talent,” said John Ruffolo, whose OMERS Ventures backs a string of Canadian growth companies.

The pain of the currency’s deterioration has been acute for Joel Leetzow, who left a high-paying tech job in the United States to become chief executive of Cortex Business Solutions in Calgary.

To be sure, the currency’s weakness does help Canadian companies with U.S. sales, who win an immediate boost to revenue.

But Leetzow noted Cortex, which derives about 40 percent of revenue from the United States, loses some of that advantage as it hires U.S. workers to try to boost sales there.

“I felt it personally,” said Leetzow. “It sucks.”

Canadian startup executives and their backers fear local hiring could be further hurt by the recently elected Liberal government’s pledge to increase taxes on stock options.

Acknowledging the issue, the government has promised to allow employees to claim up to $100,000 in gains a year.

“You’re fighting for skills all the time and you need as many arrows in your quiver as possible,” said Ron Shuttleworth, a capital markets adviser to Canadian technology companies.

Canada’s startup sector has been growing despite broader economic weakness. It secured $2.6 billion (US$1.85 billion) in venture capital funding in 2015, an 11 percent jump over 2014 and the most since 2002, according to Thomson Reuters data.

“Big companies like Google doubling down on Waterloo will definitely drive wages up,” said Ted Livingston, founder and CEO of Kik Interactive, one of hundreds of tech companies that have sprouted up near the University of Waterloo, a well-known source of technical talent.