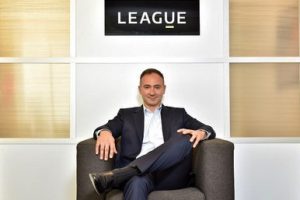 Fintech Innovators, a collaboration between H2 Ventures and KPMG Fintech, has released its third annual global Fintech 100 list. It includes 50 established fintech companies, of which Canada’s League and SecureKey Technologies placed 36th and 42nd, respectively. League and SecureKey both raised substantial funding rounds earlier this year. The 2016 list also features “emerging stars” in the fintech sector. Among them are other venture-backed Canadian startups, including Wealthsimple and Overbond. Companies on the list have secured a combined US$14.6 billion since a year ago.

US$14.6bn invested in these 100 companies in 2016; 24 Are U.S.-based Companies, Including the Highest Rated Insurtech Startup

The full 2016 Fintech 100 report can be viewed at: http://fintechinnovators.com.

The annual list includes 50 “Established” fintech companies across the globe, as well as the most intriguing 50 ‘Emerging Stars’ – exciting new fintechs with bold, disruptive and potentially game-changing ideas. The level of funding has continued to rise for the Fintech 100, with companies on the list attracting an additional US$14.6bn of capital since last year’s report, just 12 months ago.

“The fintech movement is undeniable, so it’s not surprising to see increased funding over the past year,” said Annie Armstrong, co-leader of KPMG’s Fintech practice in the U.S. “The U.S. continues to be a dominant player in fintech with strong levels of capital continuing to flow into U.S.-based startups, driven by both established companies and emerging disruptors.”

Toby Heap, H2 Ventures, commented: “The continued dominance of China, which rapidly rose last year to take the top spot, tells only part of the story. We are seeing the emergence of exciting fintech players in countries across the world – from India to Israel, from Portugal to the Philippines.”

Ian Pollari, Global co-lead of KPMG’s Fintech practice added: “One of the striking features of this year’s list is the growing success of fintech disruptors, with more than 90 percent of the top 50 ventures challenging incumbents or traditional business models. These disruptors are increasingly attracting a greater share of capital, raising more than 65 percent of total global fintech investment over the past year.”

Some of the report’s key findings include:

H2 Ventures is one of the emerging thought leaders in fintech venture capital investment around the world. Founded by brothers Ben and Toby Heap, and based in Sydney, Australia, it invests alongside entrepreneurs and other investors in early stage fintech ventures.