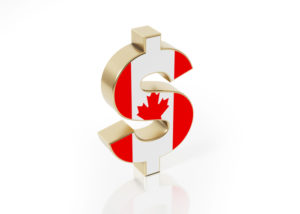 The Canadian venture capital market in Q3 recorded the largest amount of capital invested in a single quarter since 2013.

More than C$2.4 billion ($1.78 billion) was invested in Canadian startups across 126 deals during the third quarter, according to a report from the Canadian Venture Capital & Private Equity Association.

The amount invested in Q3 was a 79 percent increase compared to Q2 when C$1.34 billion was invested. The second quarter recorded a higher deal count of 145.

However, the third quarter surpassed the deal count and was more than 3x the capital flow compared to Q3 2018, which recorded C$710 million invested across 108 deals.

Information and communication technology continues to be the most active sector across the country. More than C$3 billion was invested into the sector through Q3 across 223 deals. Life sciences, cleantech and agriculture are also top industries.

While Q3 recorded the highest level of deals in excess of C$50 million, 23, early-stage rounds are still the most popular stage. So far in 2019, there have been 172 early-stage deals, followed up with 127 seed-stage deals.

The majority of the deals during 2019 so far took place in Ontario. The province saw C$1.8 billion dispersed among 146 deals through Q3. More than C$1.4 billion of that was invested in companies based in Toronto, across 119 deals.

More than C$1.1 billion was invested in Quebec this year through 114 deals.

The biggest deal in the province during Q3 was a C$200 million Series B round in September for Element AI, a financial services and supply chain AI company. BDC Capital, Caisse de dépôt et placement du Québec, and Real Ventures, among others, participated in the round.

More than C$125 million of venture debt capital has been deployed across 94 deals so far in 2019.