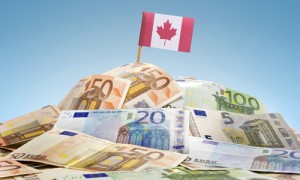 Venture capital investment in Canadian startups continued at a strong pace in 2015 with a total of $2.6 billion invested in 579 deals, according to final data released by Thomson Reuters. Led by deal-making in information technology sectors, dollars invested in Canada last year was up 11 percent from 2014, and in fact reflected the best result in the domestic market since 2002. The number of financing rounds was also the highest in ten years. Canadian investor activity in foreign markets also rose substantially in 2015. Fundraising in Canada’s venture capital industry accounted for $1.2 billion in commitments in 2015, which is effectively unchanged from the year before.

Venture capital investment activity in Canadian companies continued at a strong pace in 2015 with $2.6 billion invested in 579 deals, an increase of 11% over 2014 in dollar terms, and the best year on record since 2002. The number of Canadian financing rounds also continued to grow in 2015, up 4% over 2014 and the highest total since 2005.

With more large Canadian VC deals, the average round size in Canada climbed to $4.6 million, pulling Canada out of its traditional last-place ranking among the top 10 VC-attracting nations. However Canada still ranked poorly compared to most other nations in terms of average round size, lagging far behind the USA at $17.2 million, the United Kingdom at $14.8 million, and Israel at $10.8 million.

Trends in the US VC market

Venture capital firms invested US$58.8 billion in 4,380 deals in the United States in 2015, the second highest full year total in the past 20 years. The fourth quarter of 2015 also marked the eighth consecutive quarter of more than US$10 billion of capital invested.

Ontario led deal-making activity in 2015, claiming six of the top ten deals. Overall, $1.3 billion went to Ontario-based companies from January to December, a 49% share of all Canadian disbursements, and Ontario’s greatest share since 2002. Québec-based companies raised $741 million, up 29% over 2014. British Columbia took the next largest share with $380 million invested, but this was down 26% from 2014.

As with last year, investment in the information technology sector took the largest share of VC dollars with 60% of investment totals from January to September, or $1.6 billion. Investment in the sector was also up 11% over 2014, with most dollars flowing to software and Internet-specific companies, taking $917 million and $457 million respectively.