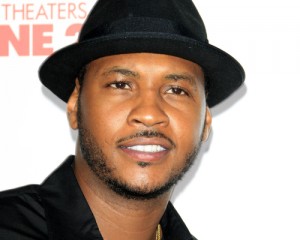 Melo7 Tech Partners, a new venture firm launched by NBA player Carmelo Anthony and Stuart Goldfarb, has made an undisclosed investment in San Francisco-based The Orange Chef Co., a developer of PrepPad, a smart nutrition scale. In conjunction with the funding, Anthony and Goldfarb will become advisors to the startup.

According to Anthony, who currently plays with the New York Knicks, the investment fits in with his interest in health and fitness. “Whether it’s training in the off season or recovering after a game, I’m always trying to make sure my body gets the nutrition it needs to keep performing at a high level,” he said in a news release announcing the funding. “PrepPad makes it easier than ever to keep track of your diet in incredible detail, and learn where you may be falling short.”

Earlier this year, The Orange Chef Co.raised $3 million in seed funding. Among the investors were Google Ventures, SparkLabs Global and New Enterprise Associates. According to Crunchbase, Melo7 Tech Partners also participated in this round. The current Melo7 investment is separate from the seed round funding, confirms a source at The Orange Chef.

Orange Chef was launched in 2011. In addition to PrepPad, the company has also created ChefSleeves, another connected kitchen item.