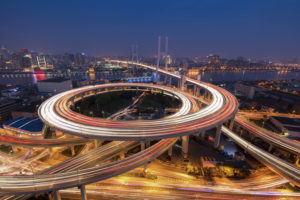 “[Eastern Bell] started with investments in early stage and later, when the funds got bigger, more and more resources were allocated into growth stage,” Tang said. “My personal interest was in early stage. That’s the major reason I decided to spin out, and why the other co-founders supported us and allowed the whole team to spin out smoothly.”

About 60 percent of LPs from Eastern Bell VC Fund II are expected to commit to Starlight’s yuan fund, Tang said. Starlight is being represented by Pangaea Alternative Advisors, a GP advisory launched this year by Haw Rer Au Yong, a former Shanghai-based director at Eaton Partners.

“It took some time to communicate with LPs, but we have a solution we think is well-considered,” Tang added. “My team will still be responsible for the post-investment fund management [of VC Fund II] and if you look at the carry structures…we will have a strong incentive to manage the portfolio. It’s still managed by the same group of people but under a different name, so most LPs accept that.”

Starlight’s debut USD-denominated fund will charge a 2 percent management fee and 20 percent carry after an 8 percent hurdle, according to fund documents seen by PEI. It will include a 3 percent GP commitment.

Tang co-founded Eastern Bell in 2009 with Zhiming Mei, who also serves as co-founder and chief executive of Singaporean logistics company GLP; and Li Yan, founder of Chinese family office Black Spade and one of Fortune magazine’s 30 most influential investors in China last year. PEI named Eastern Bell, which specializes in the logistics, supply chain, retail and distribution sectors, as one of its ‘five Chinese GPs you should know’ in August.

Prior to the spin-out, Eastern Bell invested from three fund families, including five yuan-denominated flagships, two USD-denominated funds and three venture capital vehicles. The Starlight team has deployed more than $450 million across 100 investments, exiting every deal completed prior to 2015 for a 5x return, per its fund documents, and will primarily target enterprise B2B companies across the logistics, supply chain, enterprise services and retail tech sectors.

The firm’s spin-out comes at a difficult time for Chinese fundraising. Western appetites for the market have suffered in recent years from a combination of geopolitical tensions, travel restrictions and, more recently, a series of high-profile regulatory actions in popular sectors such as education and technology, as PEI explored in its November Deep Dive.

As of last year, nearly half of China’s GPs anticipated a geographic shift in the composition of their investor base, according to Bain & Co. Most anticipated an increase in commitments from Asian and Middle Eastern LPs, accompanied by a decline in North American LPs.

Regulatory uncertainty is prompting some managers to pivot away from sectors that have attracted a disproportionate level of attention, such as education and consumer technology, and towards sectors that have been favored by the government, including semiconductors, advanced manufacturing, renewable energy and healthcare.

“In China, the industries we’re looking at are very traditional…and the market is not very efficient, so [there’s] lots of space to improve,” Tang said.

“We think that these industries will, in the future, be consolidated, but it’s depending on whether you can find and utilize new tech to provide different products or services. You can see the Chinese government is really encouraging digital tech to improve the efficiency in traditional industries.”