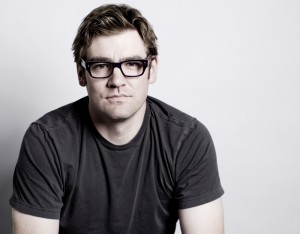 When the news broke last year that entrepreneur-investor Chris Dixon would be joining the Sand Hill Road firm Andreessen Horowitz in January, the move surprised many industry observers.

For one thing, eBay had acquired the company Dixon had most recently co-founded, Hunch, just one year earlier for $80 million, a sale that cemented Dixon’s reputation as a top tech entrepreneur in New York. He was also at the top of his game as a seed-stage investor, a sideline for Dixon since selling the first company he’d launched, SiteAdvisor, to McAfee in 2006 for $74 million. In fact, Founder Collective, a seed-stage, New York-focused venture firm co-founded by Dixon in 2009, closed a second fund with $70 million—roughly 70% more than its first fund—just two months before Dixon confirmed that he was headed West to become a VC.

Sitting in a bright, window-lined conference room at Andreessen Horowitz, his back to a cluster of lush trees outside, Dixon reveals now that leaving New York to forge a new path in Silicon Valley wasn’t a quick or easy decision, despite Andreessen Horowitz’s corresponding rise within the startup ecosystem. Before making up his mind, Dixon says he made “six or seven” cross-country trips over the course of a year, along with “multiple, full weeks hanging around the office, going to pitch meetings, and talking to people” to ensure it was a “good cultural fit from both sides.”

In the end, the opportunity was too compelling to pass up, he suggests. And so far, it seems, so good.

Six months into the job, Dixon has already led two investments for Andreessen Horowitz, participating in a $10.7 million round in the Newport Beach, Calif.-based drone startup Airware, and quarterbacking a $30 million round for Shapeways, a New York startup that allows people to design and produce objects using high-end printers. He’s now a director at both startups.

“I’m probably a little ahead of schedule,” says Dixon, explaining that the firm’s general partners aim to invest in two to three deals a year to keep their board commitments manageable. “But there’s no hard and fast rule. It’s just a question of how many board seats you can handle. If you see something great, you’re not not going to do it.”

Dixon doesn’t appear worried that his new role at Andreessen Horowitz is testing his relationships in New York, where he still spends one week each month.

Dixon says that he isn’t concerned because many local early-stage firms, such as Union Square Ventures, complement rather than compete with Andreessen Horowitz, which often bounds into startups after they’ve begun gaining traction. (“We just did two follow-on deals to Union Square recently,” he says, pointing to the payments network Dwolla and Shapeways.)

But Dixon also doesn’t have a pulse on other VCs, he says, because he doesn’t spend a whole lot of time with them these days. Owing to the “percentage ownership requirements” involved with a $1.5 billion fund like Andreessen Horowitz is currently investing, “we either go all in and lead the round, or we don’t,” Dixon says. “There’s not a whole lot of syndication.”

If the job has any downside, it may be that Dixon doesn’t have time at the moment for much other than reading the occasional history book, calling “historical analogues” the “best guide” to the future. Dixon notes that when the firm says no to an entrepreneur, partners “give very detailed reasons as to why we say no.” He adds: “So if I’m meeting five people, I have to write five long blog posts, basically.”

That’s meant fewer hours for his own blog site, where Dixon’s posts regularly elicit hundreds of comments, some of which help shape the way he looks at a technology or trend.

Still, Dixon seems thrilled to be at the “center of a lot of really interesting stuff going on,” including what he sees as one of the biggest opportunities right now “potentially” — the digital currency bitcoin.

“I think you have to pay attention to the fact that a lot of the best entrepreneurs right now are thinking about bitcoin,” Dixon says. “Regardless of what we [as VCs] think, it’s where a lot of smart people are gravitating. Yesterday, I had two meetings where experienced entrepreneurs, who sold their companies, were both starting bitcoin companies. Neither has spoken about them publicly, but you could fill your week with these [types of meetings].”

As part of his exclusive interview with VCJ, Dixon talked at length at how things are going. The conversation below was edited for length and clarity.

Q: A lot of entrepreneurs were programming nerds as kids. What was your upbringing like?

A: I was born in Chicago and lived in Santa Barbara, Calif., for a bit as a kid, but grew up in Springfield, Ohio, near Dayton. I had sort of been interested in computers as a kid and I lived near Wright-Patterson Air Force Base, where there was a large computer fan club kind of thing back then, so I used to go over there a lot and learn about new programming techniques. I played video games and thought it would be cool if I could make them.

Q: Why did you go to Columbia University to study philosophy?

A: I got interested in philosophy because of computers. I started reading books about artificial intelligence, and it turns out there’s more crossover between computer science and philosophy than you might think.

Q: You earned a master’s degree in philosophy, and you were in Columbia’s Ph.D. program. Did you think you’d be an academic?

A: I came from a family of academics—my parents were English professors—so [yes]. But while I was there, I worked as a programmer to support myself, at a hedge fund, a high-frequency trading thing where we were building algorithms for trading stock options.

Q: Why then did you land a job at Bessemer Venture Partners?

A: I thought, ‘When will I ever get a job offer at a VC firm again?’ It was in New York and I wanted to be in New York. So I took the job there and that was really interesting. I worked on three deals. The Series A of Skype, [on the global network of experts] Gerson Lehrman Group, and [on] Soleil Securities, which I think went out of business.

It’s a great firm. They’re very thesis driven. They spend a long time coming up with theories about how the world is changing, then they use [them] as their investment focus, which is kind of in contrast to firms like Andreessen, where we’re more deliberately reactive.

I learned a ton there, but I really wanted to start a company, so I started SiteAdvisor, which was a consumer security company [whose plan I began working on] at Bessemer. Then they funded me along with General Catalyst and a few angels.

Q: Your timing must have been good. SiteAdvisor was acquired three years later for $74 million. Did you want to be a VC again eventually?

A: Ron Conway was an investor in my two companies. When I sold SiteAdvisor, the first person I called was Ron. I said that I wanted to learn how to angel invest, so he said, ‘OK, here are two companies I’m looking at.’ I flew out and I met them and the first was Mint.com, and it was the seed round. And I met Aaron Patzer, the founder, and I said, ‘This is awesome, I want to invest.”’And he said, ‘Well, look, I have this long line of people who want to invest.’ So I didn’t get to invest.

I’d sort of imagined that investing was just about picking the right companies, and it’s some of that, but it’s also about being someone whose companies want as an investor. Ron said I needed to make some other investments. Then work really hard to make them think you’re helpful. And the next time [an investment opportunity comes along], you say, ‘Call these other three people and ask them how helpful I am.’ That was sort of the trick and there’s no way around it. It’s such a small world and people talk and you either are known as someone who’s helpful, or you’re not.

One of the reasons I really liked Andreessen Horowitz is they’re sort of Ron Conway at a larger scale.

Q: When you joined AH, you estimated you’d be in New York one week a month. Are you spending as much time in New York as you expected?

A: Yes, I’ve spent about a week a month in New York the last five months, and I think that might increase. It just depends how many New York deals I do. I’d love to spend more time there.

Q: How many deals are you expecting to do yearly?

A: I’ve done two: Shapeways [a 3D printing company] and Airware, the drone company. I think the model we have is that probably people can handle 12 deals altogether, which means if your average time on a board is five years, you probably want to do two or three deals a year, so I’m probably a little ahead of schedule. There’s no hard-and-fast rule; it’s just a question of how many board seats you can handle. If you see something great, you’re not not going to do it.

A: Funny you say that because I don’t really have hobbies other than blogging and startups. When I was interviewing at AH, they were like, ‘So what do you do for fun?’ In the past I was working at starting my own companies, then on the weekends, I would do the angel investing stuff. It’s really kind of pathetic. They were like, ‘This guy has to get out more.’ [Laughs.]