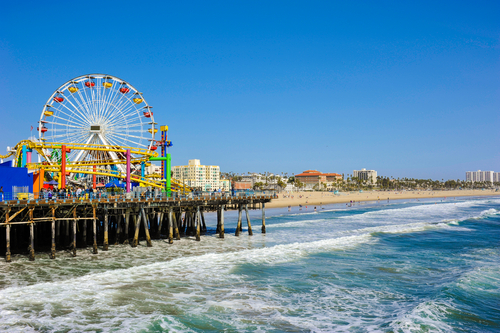 Clocktower Technology Ventures has closed on its latest fundraise to invest in fintech startups.

The Santa Monica emerging manager closed on about $70 million for its Clocktower Technologies Fund II, according to an announcement from earlier this week.

The fund looks to further the firm’s strategy of investing in fintech companies in such areas as payments, insurance and lending, among others.

“We think over the next decade, a basically new infrastructure will emerge in which virtually all financial services in the western world will be rebuilt from scratch,” said Ben Savage, a partner at Clocktower said.

Savage, the founder and former co-CEO of Artivest, an online ETF platform, knows the fintech space in and out. Another area he anticipates more of a focus on is fintech companies looking to provide niche products for specific demographics.

“The idea of specialization into niches or affinity groups within financial services,” Savage said. “You can build highly tailored bespoke financial products that fit the need of much smaller groups.”

The firm invested in Landed, a San Francisco-based startup that looks to help educators with down payments on homes. The firm participated in the company’s $4 million seed round. Landed raised a $7.5 million Series A round earlier this year with participation from Initialized Capital.

Clocktower has made 63 investments since inception, and 15 are out of the latest vehicle.

The firm participated in Providence, Rhode Island-based Splitwise’s $5 million venture round in 2016 with Bullpen Capital. Splitwise provides software to easily split payments among a group.

The firm also participated in a $5 million seed round for Ominex, a San Francisco company that provides a front and back office platform fro crypto companies.

The firm invests in pre-seed to Series B rounds in North America and opportunistically into Europe. The firm has made three investments in Europe so far, and hired David Lofthouse, as a partner in London. Savage said he expects this strategy will grow.

“We now have a partner on the ground in Europe a very intentional choice to address that market,” Savage said. “There are better opportunities. It is frankly a less competitive market.”

The fund’s LPs including a mix of pension funds, sovereign wealth funds, and multiple venture fund of funds. Fund II marks the firm’s first institutionally backed product. Fund I investor base was comprised of high net worth individuals in the broader Clocktower network.

Clocktower Technology Ventures was founded in 2015 and is the venture arm of Clocktower Group, an asset manager.