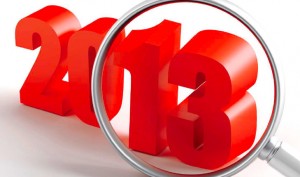 Cloud companies are on a tear, accounting for 38% of all tech-related IPOs over the 12-month period ended on Sept. 30, according to PricewaterhouseCoopers. All told, there were 40 tech IPOs over this period, of which 15 were cloud computing companies.

“This is a major wave that’s picked up a real head of steam,” said Gordon Ritter, a general partner at Emergence Capital. “It’s not likely to crash anytime soon.”

It’s not just the number of cloud companies going public; it’s their breathtaking performance that is so impressive. Here are some of the standouts from 2013:

Even more astonishing is that some of the biggest names in cloud computing, including Box, DropBox, Evernote and Twilio, have yet to go public, which could make 2014 a truly blockbuster year.

There are several reasons for the love for all things cloud.

“On the human side, consumers are starting to better understand the cloud because they are regularly using cloud services for everything from file sharing to contact sharing to email,” said Michael Skok, a partner at North Bridge Venture Partners and an active investor in the space. “The cloud has become mainstream and mission critical in people’s daily lives, so that is helping to drive public excitement.”

From a purely financial perspective, investors love the business model. Cloud companies sell their software to customers on a subscription basis, so they are able to generate predictable revenue from one month to the next. And generally, these customers are committing to multi-year contracts, which means even more predictable cashflow over longer periods of time.

“The industry cloud is the next big wave. We are looking to invest in cloud companies focused on new verticals.”

“Public investors hunger for the consistent growth that the recurring revenue model businesses allow for,” Ritter said. “In a stable economic environment, these companies will do very well over time. Where else will investors find this kind of predictable growth?”

“These are more fad-like investments, which makes them very unpredictable,” Ritter said. “The downward trend in their user growth is undeniable. They have to find ways to squeeze more dollars from the same folks. In the enterprise, however, there is growing demand every day from new customers.”

Indeed, the enterprise is in the midst of a major technology replacement cycle. There is a clear migration away from in-house client-server systems such as IBM and SAP, and toward more agile, cloud-based solutions. As a result, cloud companies can expect to see a significant chunk of corporate IT dollars flowing their way.

“The industry cloud is the next big wave,” Ritter said. “We are looking to invest in cloud companies focused on new verticals.”

Still, although there is a lot of optimism, savvy investors understand there is always a chance the exit market could suddenly turn. Cloud companies are particularly susceptible because, unlike other technology sectors, they do not enjoy the luxury of a robust M&A market. While the IPO market is still white hot, acquisition activity is almost non-existent. If the public markets suddenly go cold, that would pose a serious problem to cloud companies.

“M&A has not kept pace with IPOs in the cloud,” said Ritter. “The number of enterprise buyers that are ready to take advantage of younger cloud companies and fold them into their non-cloud based business model is few.”

Traditional enterprise software companies have made select acquisitions here and there, but it has not been a concerted effort, he said. What surprises him the most, however, is the lack of acquisition activity on the part of cloud pioneer Salesforce.

“Salesforce could be a major acquirer but they have been very careful in their buying strategy, mainly because they really believe in organic growth,” said Ritter. “There are not many buyers willing to pay real prices for smaller cloud companies.“

That means for most cloud companies today, it’s IPO or bust.

Another potential party killer is what Skok from North Bridge calls “cloud washing.” He noted that the “cloud” itself is a broad term, so there is a very real risk that peripheral companies and their bankers will try to paint themselves as cloud companies, even though they don’t enjoy the true benefits of  the cloud, such as a recurring revenue business model.

“If investors start getting duped, we will see a backlash,” Skok said. “The market is driven by greed, so companies on the fringe of the cloud will try to capitalize on that to the detriment of all others. If you think you can get an extra zero on your price by calling yourself a cloud company, that’s probably what you’re going to do. I just hope we don’t end up taking the trash out and calling it cloud trash.”