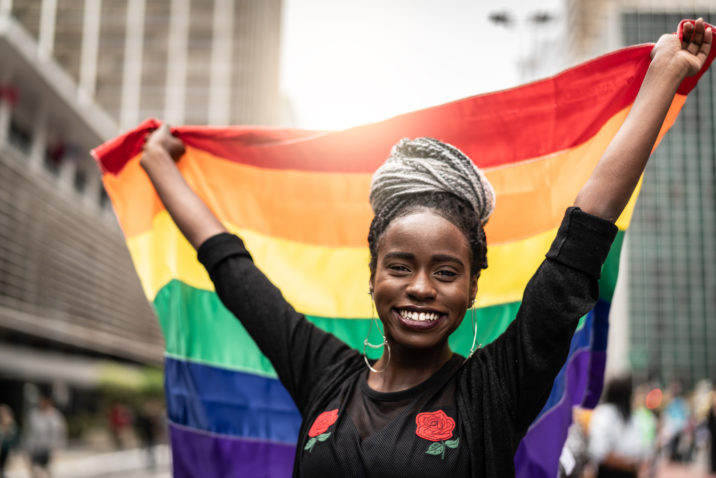 It began in fun last summer, amid the pandemic, with a conversation among friends about how many people from the LGBTQ+ community are represented in the impact investing and sustainable finance spaces.

“Somebody should start a list,” Megan Kashner, a professor of sustainability and social impact at Northwestern University’s Kellogg School of Business, recalled someone saying.

Kashner was quickly introduced to William Burckart, CEO of The Investor Integration Project (TIIP), which encourages system-wide thinking to inform portfolio construction choices. And what started as a casual phone call about holding a Zoom cocktail party to gather all the LGBTQ+ investment pros they knew turned into a serious discussion about addressing discrimination that LGBTQ+ entrepreneurs face in raising capital.

Taking stock of the abundance of intellect, experience, access to capital and thought leadership in their professional networks, the people on the Zoom call asked each other, “What do we owe our community?”

“What could we be doing that we’re not already doing?” Kashner asked. They considered the wealth gap uncovered by research Kashner conducted with an MBA student about the restricted access LGBTQ+ led startups have to early-stage funding.

The result is Colorful Capital, launched by Kashner and Burckart in early June with a calling to provide capital and support to undervalued founders across varied industries who together have raised less than 1 percent of all US venture funding.

Pride Month has become a time when companies dial up their public expression of appreciation for their LGBTQ+ employees and customers, only to have it recede from view once July arrives. Colorful Capital is one of a handful of investment organizations that want to level the playing field for business owners from this community. Others include Chasing Rainbows, Gaingels and Pride Fund. (Read more about them below.)

LGBTQ+ entrepreneurs are often kept outside the circles of connection and acceptance among VC funds, which are dominated by white cisgender males. These founders have faced unanswered calls and emails, and find it hard to raise money when no investor is willing to step up to lead a funding round.

The number of founders in the US who identify as LGBTQ+ is anyone’s guess due to serious undercounting in official data collection on the venture capital industry. Most LGBTQ+ entrepreneurs don’t come out to prospective investors for fear of it having an adverse impact on their fundraising efforts, Colorful Capital has found.

Kashner’s efforts to get a grasp of the wealth creation gap in the LGBTQ+ community started with a literature review to find what research had been published and what the data revealed. She and Martin De Leon supplemented this with qualitative interviews with LGBTQ+ founders of start-ups to document examples of the structural obstacles they face in fundraising. The resulting baseline study, “Barriers & Exclusion,” analyzes a limited pool of relevant statistical data and shows that LGBTQ+ entrepreneurs have less access to early-stage capital and face discrimination when fundraising.

As valuable as that is, “none of this allows us to put a number to what we think the factor of underrepresentation or undercounting is [in the LGBTQ+ led startup community],” Kashner said. “We face many challenges in quantifying the LGBTQ+ community, [let alone] quantifying the volume, or lack thereof, of capital that flows into ventures founded by LGBTQ+ founders.”

Currently, one of the few databases that provides quantifiable information about the LGBTQ+ entrepreneurship experience is the Pride Economic Impact Index (SPEII). StartOut, a nonprofit that supports LGBTQ+ entrepreneurs, created the index by asking founders for self-identification and self-reporting. StartOut’s findings conclude that LGBTQ+ start-up founders are absent in two-thirds of US cities with 50 or more high-growth entrepreneurs. SPEII also reports that LGBTQ+ founders have raised $13 billion in venture capital, just 0.7 percent of $1.8 trillion raised overall.

Colorful Capital is now raising an inaugural fund of $20 million to narrow that fundraising gap. The idea for the fund arose from recognition that founding and owning a business is a key mechanism to address the real differentials in wealth creation experienced by LGBTQ+ people, noted Burckart of The Investor Integration Project.

“We intend to invest significantly and do so from a position of trust as members of the community, avoiding issues of implicit bias that often come up when traditional VCs encounter intersectional identities,” said Burckart. “It’s not just demonstrating that these are incredibly venture-backable, viable, impressive founders and enterprises in their own right, and our investment can do that, but beyond that it can serve to attract other capital, taking away some of the risk or some of the other reasons they might not invest.”

Kashner noted that VC investing has been dominated by people who are of one gender identity and one cultural identity. That is starting to change in the same way that talent attracted to and retained by the larger financial industry has begun to change.

“The decision-making on early-stage investing hasn’t moved much in terms of the decision-makers of where to place capital,” Kashner said. In order to advance, “We have to move forward beyond Pride Month, beyond DE&I programming, beyond affinity employee groups, beyond celebrating the perhaps few but wonderful staff people at any industry company and to actually changing the way that money flows.”

Colorful Capital is the latest in small group VC funds intent on improving access to fundraising for LGBTQ+ entrepreneurs.

Gaingels, founded in 2014, is among the first investment groups dedicated to supporting LGBTQ+ founders. The New York investment syndicate is comprised of more than 2,700 individuals who have invested more than $600 million in more than 1,000 companies since 2019. Gaingels is led by managing director Lorenzo Thione, who co-founded Powerset, a natural-language search engine, which sold to Microsoft for $100 million in 2008. The most recent of Gaingels’ 44 exits is Grove Collaborative Holdings (NYSE: GROV), a San Francisco-based eco-friendly retail company that listed publicly on June 17 through a SPAC.

Pride Fund 1, based in Columbus, Ohio, is a $10 million fund that Loud Capital launched in 2020. Led by CEO Densil Porteous, Pride Fund 1 provides resources and capital to LGBTQ+ led startups at the pre-seed, seed and Series A funding stages. Its portfolio companies include College Cash, a platform that helps companies boost brand awareness by compensating users with money that goes toward paying down their college loan debt.

Chasing Rainbows was founded last November by Ben Stokes. It focuses exclusively on providing support to LGBTQ+ founders who often lack access to vibrant funding networks. Chasing Rainbows has raised about $160,000 through AngelList and has backed six start-ups with ticket sizes of $10,000 to $15,000 each.

Unlike other LGBTQ+ funds, Chasing Rainbows concentrates on very early pre-seed funding, filling the role of friends and family funders that LGBTQ+ founders often miss out on due to ostracization by their own families or conscious and unconscious bias among traditional investors.

“I realized there was a big difference, a big gap, particularly in pre-seed or early-stage funding for LGBT founders,” Stokes told Venture Capital Journal. As Pride Fund and Gaingels have become more successful, they have moved further upstream to seed and Series-A rounds. “What that means is that founders that they’ve usually been investing in don’t have them to rely on anymore, so they have to find somebody else.”

Stokes has established partnerships across the VC ecosystem from seed to Series B and above to safeguard “the success of the founders that I invest in from day one because I’m ensuring they are going to get subsequent rounds of funding from these other funds.”

Most founders find Stokes directly through LinkedIn, but more are starting to find him through a programming board at StartOut that he co-chairs and that regularly holds virtual events to bring investors together.

“What that has meant is I have this great network of people [to support founders with] lots of mentoring opportunities,” Stokes said. “It’s a great network for investors as well.”

StartOut, Venture Forward and SVB are hosting a mixer in San Francisco on July 28 where investors will discuss “how to build a more inclusive ecosystem, especially towards LGBTQ+ founders and funders.” Register here.