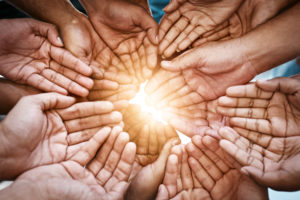 Venture capital is famed for outsized returns, but it is infamous for its high barriers to entry, particularly for limited partners who are new to the game. That’s where Commonfund Capital comes in.

A subsidiary of asset management firm Commonfund, it launched 31 years ago to help endowments, foundations, healthcare groups and other nonprofits to invest in venture capital, private equity and natural resources. Most of its customers use Commonfund Capital as a fund-of-funds, but some use it to manage separate accounts.

Since 1988, Commonfund Capital has invested more than $5.4 billion in venture funds. It oversees around $4 billion in venture assets. “It’s helping mission-driven organizations gain access to venture, which obviously has a potential to be attractive, but is also difficult if you don’t have a longstanding relationship with managers,” said Aaron Miller, a managing director and head of ventures at Commonfund Capital, which is based in Wilton, Connecticut.

The firm is investing out of its 12th vehicle, Commonfund Capital Venture Partners XII, a fund-of-funds that closed on more than $432 million in October 2018 with an additional $100 million feeder sleeve from a solo investor.

Some of the investors in Fund XII include the Allegheny Country Retirement System, the Illinois State University Endowment and the Koch Foundation.

The fund-of-funds structure has slightly fallen out of favor over the last few years. More than a third of private equity investors wanted to decrease their fund-of-funds commitments this year compared to 10 percent in 2017, according to a report by affiliate publication Private Equity International.

However, the report also shows that the majority of LPs, 57 percent, were content with their current allocation to the strategy.

Likewise, there are plenty of funds-of-funds in the market. For example, Tiger Iron Capital is raising its second vehicle, Tiger Iron Old Line Fund II, which recently secured a $100 million commitment from the Maryland State Retirement and Pension System. Also, Darwin Ventures is working to raise $110 million for its fifth fund-of-funds, Darwin Venture Capital Fund-of-Funds V.

Commonfund Capital’s venture strategy focuses almost exclusively on early stage opportunities. “Early stage can have attractive returns compared to returns in other asset classes,” Miller said. “There is a big dispersion. One of the things you can see in early stage investing is that the best investments are worth exceptionally more than the great investments, and the great are worth exceptionally more than the good.”

Commonfund aims to establish long-term relationships with well-known venture firms. Due to the added risk of focusing on early stage, working with top-notch managers is crucial beyond just name recognition, Miller said.

“The managers that we work with, and choose to work with, have a network, and that matters,” he said. “They may know entrepreneurs that are starting a second business. The manager has a brand.”

Geographically, about 60 to 70 percent of Commonfund’s portfolio is in the United States, with 30 to 40 percent invested internationally. It made its first investment in Asia in 1994 and has been trying to expand its global footprint over the last 10 years. China, India and Israel are particularly ripe for investment, Miller said.

As it does in the United States, Commonfund seeks out top managers in international markets.

The fund is sector agnostic but finds a lot of interesting opportunities in areas such as machine learning, fintech, blockchain, and the intersection of healthcare and technology.

Despite increased interest in certain verticals, Commonfund avoids sector-focused VCs. “We believe that venture is always disrupting venture, so you always want to have a generalist approach,” Miller said. “[Sector-focused] firms will fill up a capital pool for a whole sector and there may be one company that is interesting but 28 that are not.”

So far, the fund’s venture strategy has been successful and the team has been cash flow positive for the last eight years, Miller said. Commonfund declined to reveal performance data.

Miller expects Commonfund to maintain a broad mandate because the venture market changes rapidly. “There is a menu of opportunities that are greater today than there were 10 years ago,” he said. “Venture has a way of reinventing itself, so where we will be in 10 years can be a path that is very exciting to watch and monitor.”