The number of new corporates rose sharply and suggested an acceleration of interest in startup innovation. In 2017, 195 new groups set up shop and in 2016, 133 formed, according to a study from CB Insights.

By the end of the year, 773 CVCs were active in 2,740 deals globally, representing a combined transaction value of $53 billion. The deal value was up 47 percent and deal flow rose 32 percent from 2017.

The transactions represented 23 percent of venture-capital deals, compared with 20 percent in 2017, the study found. 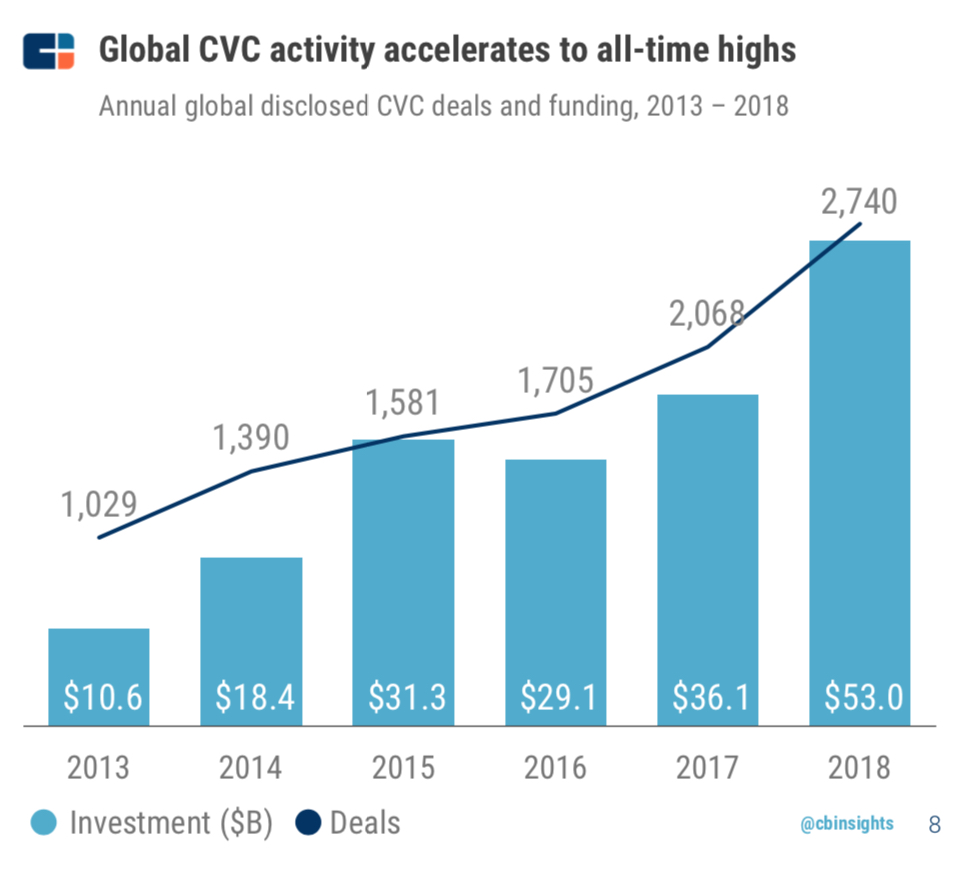 Deal totals were up a strong 54 percent in China, 101 percent in Japan and 20 percent in India. U.S.-based deals rose 11 percent and deal volume in the United Kingdom climbed 39 percent. In the United States, activity in Massachusetts was strong.

The activity reflected a growing interest in seed deals.

In addition to the activity at VC units, investments directly off the corporate balance sheet jumped to a new record. The year saw 3,820 transactions, a 33 percent increase over 2017.