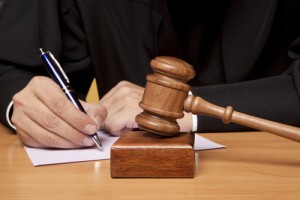 (Reuters) – The University of California is under no obligation to obtain and disclose information on the investment performance of venture capital funds in its portfolio, a California court ruled Thursday in a decision that could broadly affect how public-records laws are interpreted.

Specifically, the suit sought performance information on funds managed by Kleiner Perkins Caufield & Byers and Sequoia Capital, the only funds among the dozens in which the university has investments whose returns were not disclosed. The university argued that it did not have the return information in its possession.

In October last year, a trial court judge agreed with Reuters that the university should obtain and disclose performance results for those funds.

Thursday, a panel of judges reversed the earlier decision, and also ordered Reuters to pay the court costs of the Regents of the University of California.

Reuters had argued that the public had an interest in seeing details on the funds’ performance, and previous rulings have held that the university’s returns are public records under the California Public Records Act. But the panel of judges said that if the university didn’t have the return information, it was not required to obtain and disclose it.

“No words in this statute suggest that the public entity has an obligation to obtain documents,” the judges wrote. Unless a document is “prepared, owned, used or retained by a public entity, it is not a public record under the CPRA.”

“We believe today’s decision by the Court of Appeal is the correct one,” said UC General Counsel Charles Robinson in a press release. “It will allow our investment professionals to make and monitor private equity investments without intrusion from third parties seeking confidential and sensitive information for their own commercial ends.”

Thomson Reuters spokeswoman Barb Burg said: “We are obviously disappointed by the court’s ruling and continue to believe the records are not only in the public interest, but should be disclosed under the California Public Records Act.”

Peter Scheer, executive director of the First Amendment Coalition, a nonprofit group, said the ruling created a loophole for groups wishing to avoid public disclosure requirements. Such groups could simply make an arrangement to not take physical possession of pertinent information, he said, leading to manipulation of public records law.

The university had argued that Kleiner and Sequoia considered their returns data confidential, and it receives data from those firms showing how their several funds it invests in are performing only in aggregate. Reuters had sought individual-fund level returns, as the university provides for other venture capital firms it invests with.

California’s public-records law, which was amended after a 2003 lawsuit forced the University of California to disclose investment returns, shields some types of investment data from disclosure, such as details about the performance of the underlying companies that make up venture funds.

The Reuters lawsuit, filed in January 2012, stems from a request to the university for individual fund performance information on the Kleiner and Sequoia Capital funds by Mark Boslet, senior editor at Thomson Reuters’ Venture Capital Journal and at PeHub, an online publication about private equity, buyouts and venture capital.