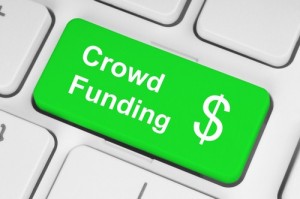 Has equity crowdfunding jump started company formation and given rise to a burgeoning angel network ready to invest? Is it a vital piece of the investing ecosystem?

To some, equity crowdfunding has failed to become the disruptive deal flow tool it set out to be and is instead a source of messy cap tables and torturous procedures for investor communications.

Others say the hope is rising, with the platform showing promise not just for deal discovery, but for bringing angels and VCs together.

The crosscurrent of ideas is likely to broaden this year as equity crowdfunding branches into new types of offerings and for the first time opens up to non-accredited investors.

Already it has sparked the imagination of a new generation of entrepreneurs familiar with rewards-based crowdfunding on sites such as Kickstarter and Indiegogo. It is these founders who may hold the key to its future.

For many entrepreneurs, the reach and potential speed of crowdfunding is the compelling draw. This is especially true for founders without the pedigree of past venture-backed companies and the networks they develop.

“To be able to reach thousands of people so quickly is great,” said Carlos Marco Rider, CEO of Kuaiwear, sounding a familiar theme. Kuaiwear is developing an in-ear headphone for athletes with virtual coaching, an integrated heart rate sensor and an accelerometer. “If we have the opportunity in the future, I think it will be a great way to do it.”

For some interested entrepreneurs, equity crowdfunding’s appeal extends to more than money. It could become another way to validate a company and attract company advocates, who might sing its praises online.

“More people will be ambassadors,” said Smarty Crew co-founder Marc Forster, referring to a potential community of parents around the French company’s talking child’s toy. “I think it could be a great deal.”

Forster said he is open to a campaign when he launches a second product.

So far VCs appear generally less excited by equity crowdfunding’s potential to nurture budding startups and harness the wisdom of the investing crowd.

The Foundry Group, one of the earliest VCs to experiment with AngelList, said in January it would stop making new investments through the syndicate it set up in 2013. After 59 investments, the firm concluded it had generated little incremental learning from the activity and struggled to build a broad network of angels.

The firm also strained to provide real value to the companies. “While we regularly did short, quick hit help via email, whenever someone wanted to spend an hour or more with one of us, we eventually realized that our investment and ownership in the company was dramatically underweighted,” Managing Director Brad Feld wrote in a blog post. The firm’s total investment was about $3.2 million, or less than one typical fund investment, so the impact of the investments was limited.

Feld pointed out that the firm could have hired a dedicated partner or associate to manage the activity, but didn’t. He also said several software improvements at AngelList might make the process easier, including features to better manage the cap table, improve company reporting to investors and deliver flexibility to the syndicate messaging system.

VCs also question whether the equity crowdfunding can accommodate the larger transactions they routinely do.

Raising $5 million or $10 million requires one or two decision makers that commit the lion’s share of the money, said Rob Coneybeer, managing director at Shasta Ventures. “They are really motivated to see you succeed,” he said.

Whether crowdfunding can structure itself for this heightened investor role is a question mark.

So far, “It hasn’t proved to be a good platform for putting together large rounds of capital,” Coneybeer noted.

Other VCs have a brighter outlook.

At Bain Capital Ventures, Managing Director Salil Deshpande involved AngelList in an undisclosed deal in December that attracted a multi-million-dollar offline investment. The company wanted to extend a small investment opportunity to two angels and worked the transaction through AngelList.

The AngelList funding didn’t delay the offline part of the deal or complicate the cap table because it showed up as a single syndicate, Deshpande said.

“It’s a way angels can get in to our deals,” he said. “It’s a way VCs can be friendly toward angels.”

Other investors say they turn to crowdfunding sites for discovery, even if transactions don’t follow.

“We’ve been using AngelList a lot to find opportunities,” said Elizabeth Kraus, CIO at MergeLane. “I think it’s the most comprehensive database of opportunities.”

If equity crowdfunding wants to play a bigger role in the investment ecosystem, it is this kind of value it needs to deliver.

Photo illustration of crowdfunding button on keyboard from Shutterstock.