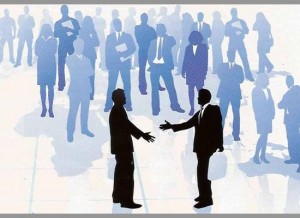 Tim Chang goes way back with the founders of Ouya. So when they came up with the idea for a new Android-based game console, he was one of the first venture capitalists they approached.

But Chang didn’t jump at the chance to invest.

“We all thought the idea was way too ambitious and crazy,” says Chang, who didn’t believe that game developers would embrace the Ouya game system or that consumers would want to play it.

So the Ouya team went on the Kickstarter crowdfunding platform and proceeded to raise nearly $9 million in record time from thousands of excited consumers. That got Chang’s attention in a hurry. The next time he met the Ouya team, the tables were turned. Every VC in town was dying to get in on the deal. Fortunately for Chang, a managing director at Mayfield Fund, there were no hard feelings.

Ouya ultimately raised another $15 million in venture funding led by Mayfield and Kleiner Perkins Caufield & Byers. Meanwhile, more crowdfunded companies are gaining traction with traditional venture investors.  Most notably, smart watchmaker Pebble, has gone on to raise a venture round after it raised more than $10 million through a Kickstarter campaign in 2012.

A representative of Rock Health, a San Francisco-based incubator for healthcare IT startups, says the organization has tracked the crowdfunding activities of several digital health startups. It has found a few companies, including Misfit Wearables, have amassed successful fundraising campaigns via crowdfunding while at the same time raising venture rounds.

Crowdfunding is “wonderful for testing marketing interest and demand. The magic of crowdfunding is that the market speaks with its wallet in the form of pre-orders before you even build a product.”

Crowdfunding is poised to become “the most ultimate deal flow generator VCs have ever seen,” says Kevin Lawton, author of “The Crowdfunding Revolution.”

After having dismissed crowdfunding as a joke or gimmick, VCs are getting serious about these platforms.

“We are past the point of deniability,” says Paul Kedrosky, a general partner at SK Ventures and a senior fellow at the Kauffman Foundation.

“You can’t pretend anymore that Kickstarter or any of these platforms are a ghetto—that just because you got funded there you will disappear. In fact, the reverse seems to be increasingly the case. The evidence is showing that stuff that gets seeded on Kickstarter can get material market traction and go on to raise even more money.”

Kedrosksy is so bullish on crowdfunding, he predicts these platforms could represent half the deals in the venture market in very short order. And he’s putting his money where his mouth is. His firm is a part of a venture syndicate that recently funded another startup that launched on Kickstarter. The deal is not yet public, so Kedrosky declined to provide details other than saying the company raised about $600,000 in crowdfunding last year and is now following that up with a new venture round of $4 million.

“The message to VCs is clear. You ignore crowdfunding at your peril,” Kedrosky says.

But whether a startup successfully raises money from an equity-based platform, such as AngelList Invest, or a non-equity based platform like Kickstarter or Indiegogo, the result is the same: it’s a signal to professional investors that the market is intrigued by the company.

Just ask Chang of Mayfield, who says: “What Kickstarter did for Ouya was answer the question, ‘Does the market really care?. Anytime you can eliminate a major risk like that, it just makes it that much more appealing to invest in.”

Alex Rosen, a managing director at IDG Ventures, says that crowdfunding isn’t just for bootstrapped ideas that haven’t yet raised funding. It’s also a place where companies that have already taken money from VCs are going to snag some additional capital. That’s exactly what one of his portfolio companies, Olive Media, did recently.

Olive wanted to build a next-gen product, but instead of taking on additional equity, they went on Indigogo and raised more than $500,000.

“It’s non-dilutive capital, so we were very supportive of that,” Rosen says. “Consumer hardware is not a sweet spot of many VCs, so for a company like Olive it made a lot of sense to go on the Indiegogo platform.”

Chang also says that market validation is especially important for consumer hardware companies such as Olive and Ouya that are introducing a brand new form factor or asking consumers to change their normal behavior patterns.

“You still have to be careful because you don’t know if those initial [backers on Kickstarter] represent the totality of everyone in the world that would ever buy that product, or whether it’s truly [an indicator of continued interest] and the start of something amazing.”

Still, while the crowd has been quicker to whip out their wallets for consumer technologies, there is no reason to believe it wouldn’t do the same for, say, an innovative medical device, or even enterprise-focused application, like the next Box or Evernote.

“As VCs, we are no better than anyone else at picking what will be a hit or not,” Chang says. “The market is so fickle and capricious that it doesn’t matter how many hits you’ve had before, there is no indication that you will be able to pick the next one.”

That’s precisely why VCs are starting to embrace crowdfunding platforms. It gives them a great way to collect cheap human data and get a fairly accurate sense of where a particular market or industry is going.

“Crowdfunding is like having the dogs eat the virtual dog food before it even exists,” Chang says. “It’s wonderful for testing marketing interest and demand. The magic of crowdfunding is that the market speaks with its wallet in the form of pre-orders before you even build a product.”

But is that early validation really enough to guarantee success? Zaw Thet, a partner at Signia Venture Partners isn’t so sure.

“You still have to be careful because you don’t know if those initial [backers on Kickstarter] represent the totality of everyone in the world that would ever buy that product, or whether it’s truly [an indicator of continued interest] and the start of something amazing,” Thet says. “For me, that’s still to be determined.”

Ouya, at least, may prove to be a good testimonial. When the new game console finally launched to the public in June, it sold out on Amazon.com in a matter of hours.

There are other unique challenges for VCs who decide to back a crowdfunded company, as Chang is now discovering.

Imagine having 100,000 people chip in on a Kickstarter campaign. Although that kind of support gives a startup a huge boost, the 100,000 then often vocally awaiting their product shipment.

“They are your biggest supporters, but they can quickly become your biggest nightmare for every week or month you delay product shipment,” Chang says. “If they feel slighted or misled, they will be angry and vocal. They will tweet things and blogs things and slam you online.”

In a way, the crowd is tougher than any board member, because when board members are unhappy they don’t trash their companies in public.

Perhaps the most pernicious downside is the threat crowdfunding potentially poses to the VC industry. Imagine, for instance, you’re a serial entrepreneur with a track record of success. You already know how to build a team, you have all the industry connections you need, and you can operate and execute. In other words, there’s nothing a VC can give you other than money.

“If all you want is cash for equity, and there is a marketplace where you can raise a  $4 million round quickly, that’s where you’ll go rather than schlepping around to a bunch of different venture guys who may or may not fund you,” Kedrosky says. “That could mean even more early-stage venture guys will get weeded out of the market.”

But whether crowdfunding is a friend or foe to VCs, one thing is certain: these platforms will produce some very intriguing companies that VCs cannot afford to ignore.