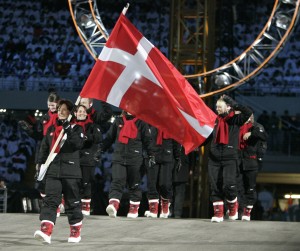 Private equity firms in Denmark have a cash pile of about 10 billion Danish crowns ($1.82 billion) to spend and the number of deals this year is expected to rise fourfold, the Danish Venture Capital and Private Equity Association said.

Stronger economic growth in the country provides a favorable climate for new investments and gains in the Danish stock market, the strongest performer in Europe this year, are positive for new listings.

The DVCA expects the number of deals this year to rise to between 60 and 80 from 19 last year.

There have already been a number of big private equity transactions in the region.

In March, Danish ship fuel supplier OW Bunker, in which private equity firm Altor was a major shareholder, made its stock market debut.

The climate is also attractive for private equity firms to raise new money from investors.

It is its fourth fund and the first one after the financial crisis. It comes soon after Swedish private equity firm Altor raised 2 billion euros for its fourth buyout fund.

“It has become easier to raise money than in the years after the financial crisis, but at the same time investors have become more choosy,” Polaris Managing Partner Jan Johan Kuhl said.

He expects 30 to 40 investors in the fund and the goal is to invest the money in 12 to 15 companies.

“We have just started the process with raising the money and expect to close the fund around New Year,” Kuhl said.

Polaris focuses on companies with revenue from around 200 million Danish crown and up to 1 billion crowns. Among the investors in Polaris is Kirkby, which invests funds from the family behind LEGO toys.