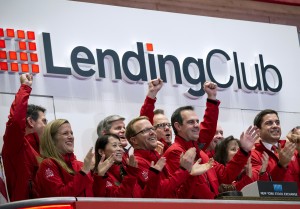 U.S.-based venture firms raised $2.25 billion in December, a 67 percent increase from the $1.35 billion raised in November. Formation 8 Partners led the way by raising $500 million in commitments in the month to close its second fund. JPMorgan Chase & Co closed the largest fund in the month, J.P. Morgan Digital Growth Fund II, at $1.18 billion. But it reported only raising $134 million in the month.

Deal activity spiked in the final month of 2014. A total of 545 U.S.-based companies raised $7.8 billion in December, up from $3.7 billion raised by 390 companies in November. Uber led the way in December, closing a $1.2 billion financing. In addition, Snapchat raised $485 million and Moderna closed a $446 million round.

A total of 25 venture-backed, U.S.-based companies were acquired in December, including eight with disclosed values, totaling $2.5 billion. That represents a 37.5 percent drop from November’s total of $4 billion. Some of the noteworthy deals from the past month include Big Fish Games Inc being acquired by Churchill Downs Inc for $900 million and BrightRoll Inc, which sold to Yahoo Inc for $640 million.

Nine U.S.-based, VC-backed companies went public on the NYSE and Nasdaq exchanges in December, compared to eight in November. Despite only a slight increase in quantity, the combined proceeds shot up 234 percent from $620 million to about $2.1 billion. The largest of those December listings was LendingClub Corp, a peer-to-peer lending company, which held an IPO just north of $1 billion.

Based on Thomson Reuters data and original research.

Data is continuously updated and is therefore subject to change. Date is for U.S.-based companies and venture firms.