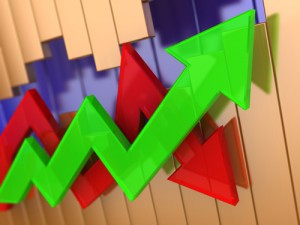 U.S.-based venture firms raised nearly $1.38 billion in November, leaping far ahead of the October total of $537.37 million. (The October fundraising total was adjusted last month after the issue went to press.)  Trinity Ventures was the leader in November, raising $400 million for its seventh flagship fund. Tying for second were Andreessen Horowitz and Greycroft Partners. Andreessen Horowitz Bio Fund and Greycroft Partners IV each collected $200 million.

For the second month in a row, venture deals were down. From October to November, the deal count went from 326 to 253 and the overall value dropped from nearly $4.61 billion to $3.59 billion. The top deal of the month was online-retailer Jet.com Inc, closing on $350 million in equity.  Closely behind that was Avant Credit Corp receiving $325 million and Tenable Network Security Inc with $250 million in financing.

M&A saw its November figures trend in a positive direction. There were a total of 24 venture-backed, U.S.-based companies that were acquired in November. Of those, there were five with disclosed values that combined for a total of $1.27 billion, up from the $906.53 million in October. The premier deal with disclosed value from the month was Ticketfly Inc being acquired by Pandora Media Inc for $479.92 million. Placing second was Good Technology Corp selling to Blackberry Ltd for $425 million. The tertiary acquisition was Seahorse Bioscience Inc, which sold to Agilent Technologies Inc for $235 million.

VC-backed IPOs slowed in November. They went from $972 million in combined proceeds in October to about $510 million in November. However, the total count of U.S.-based, VC-backed companies that went public on the NYSE and Nasdaq exchanges also dropped from nine to five. The top offering of the month was Square Inc, a financial services and mobile payment company, which went public for about $250 million.