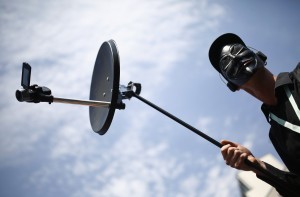 One hears a lot about ex-Google and Facebook employees launching new startups.

More recently, one of the more sought-after crops of new founders is coming from an institution better known for its secretive ways than for nurturing entrepreneurial talent: The National Security Agency.

What draws VCs to startups with former NSA employees as founders is readily apparent. Security, which is where these companies tend to play, has been a hot area for exits in recent quarters.

In the first quarter, more than two-thirds of disclosed acquisition spending on of venture-backed enterprise software came from the security space, according to Thomson Reuters (publisher of VCJ). And public market investors are receptive to securing offerings as well, as evidenced by the June IPO of MobileIron.

Demand for technologies and services to protect digital privacy is also on the rise, much of it spurred by concerns about the NSA itself, in the wake of Edward Snowden’s leaks demonstrating the scope of the agency’s surveillance activities.

Virtru, a company co-founded by a former NSA security architect, is seeking to capitalize on consumer interest in improved online privacy with a service that allows users of Gmail, Outlook and other popular email platforms to send secure messages.

In the accompanying table, we look at six companies with former NSA staffers on their founding teams, focusing on venture funding, business model, and connections to one of America’s notoriously secretive agencies.