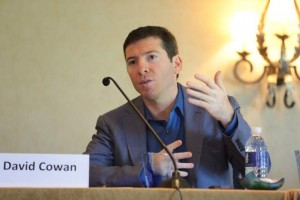 For more than a century, the firm that is now Bessemer Venture Partners operated with a single limited partner, which provided enough capital to keep things running along.

Then, things changed. In 2007, the firm closed its seventh fund, and the first in its history to include multiple institutional LPs. Bessemer went back to the table, scaling up in 2011 with a $1.6 billion Fund VIII, its largest ever.  And ever since, Bessemer has actively invested across stages, with a focus on early-stage deals, through partner offices in the U.S., Europe, Latin America and India.

The firm has returned capital, as well. Bessemer has had several big exits in the past few years, including LinkedIn, Yelp, and Lifelock. In September, one portfolio company, cancer drug developer Acceleron Pharma, went public, while another, ad-tech provider Criteo, is on tap for a $190 million offering. Partners have racked up new investments this year, including leading a $45 million round for performance management software provider Adaptive Planning, and recently co-leading a $10 million round for Thinking Phone Networks, a unified communications platform.

At October’s Venture Alpha West conference, produced by Thomson Reuters, longtime Bessemer Partner David Cowan sat down with VCJ’s Lawrence Aragon to talk about the firm’s culture and evolving strategy, including why partners believe scaling up is in the best long-term interests of its investors.

The following Q&A is a summarized version of topics covered during their chat, from partner retention to fund performance. It was edited for clarity.

Q:  What motivated the decision to bump up the size of your last fund?

A: By scaling, we get access to a larger pool of opportunities, so we have a better chance of getting at the best ones. But just raising larger funds, that’s not scaling a venture fund. The question is how can you do early-stage investing, do it well, understand the areas, but do more of it?

A few years ago, when we decided to do an India fund, we went out and talked to limited partners for the first time. But later we realized that raising funds around particular countries was not the optimal way to do it. We needed to be able to say, for instance, that we are no longer interested in infrastructure deals in India. We like high-tech deals in India, but those require less capital. We realized the best way to invest is to be able to dynamically allocate capital (through a single large fund).

Q: In regards to the investment culture at Bessemer, do you operate differently than other large venture firms?

At Bessemer, any one of us could be hit by a bus tomorrow, and we could continue on OK. We also have a process for reviewing and churning partners. This is how we make sure that everyone is performing well. Every one of us has to be reviewed and invited back every year. There’s no tenure. There’s no entitlement. Compensation is balanced and fair. And we don’t have a situation like having a guy who’s been around 10 years and is sucking up most of the carry. That happens in personality-centric firms.

Also, no partner at Bessemer has voluntarily left to go to another venture firm.

Q: You’ve been a venture investor for the past 20 years. What’s the toughest part of the job?

Q: Company picking is the hardest thing to do. It’s also the most important. There’s no shortcut. You can’t automate it. You need very smart, motivated people who are willing to investigate these opportunities.

Q: It’s too early to really assess the performance of your latest fund. But broadly, how is the strategy of putting more capital to work working out for you?

A: I would say every one of our funds is performing very satisfactorily. Fund VI had Lifelock and Yelp, which we backed for the Series A, and also LinkedIn. In our current portfolio, Pinterest looks a lot like Twitter did a year and a half ago. We’ve also got Criteo, which is looking very good. And I’m in a company, Zoosk, which is doing well.

Companies in our portfolio are on track to do 5 IPOs this year, and we had another 5 last year.

Q: Any concern that valuations are getting out of hand for certain hot enterprise software and social media companies?

A: In this environment, we are selling and participating in the high valuations. One thing I’ll say is that until the last two years, I always thought $250 million was what you sold a company at, not where you bought it.