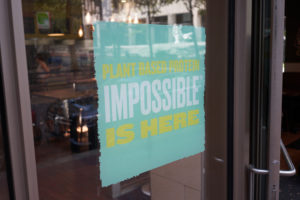 Venture capital investment in agriculture and food tech dropped slightly in 2019 to $19.8 billion, down from a record high of $20.8 billion in 2018.

The 4.8 percent decline was in line with the wider VC investment trend, data from AgFunder shows, which dropped by 16 percent on 2018.

The $19.8 billion raised by start-ups across the sector in 2019 came across 1,858 deals, which was a 15 percent decline in the number of deals the year before.

Upstream start-ups bucked the VC investment trend for 2019, registering a marginal $100 million increase (1.3 percent) on 2018, taking $7.6 billion during the year.

Financing for downstream startups, meanwhile, declined for the first time since 2016. Funding into the market segment fell by $1.2 billion (8 percent) on 2018 figures to stand at $12 billion.

The eGrocery category continued to lead funding in the VC ag foodtech space, which was driven by continuing strong activity in China.

Funding in innovative food start-ups, which includes alternative protein companies, almost doubled from $516 million in 2018 to just over $1 billion in 2019. Impossible Foods $300 million bridge round played a significant role in this increase, which was supported by a 17 percent increase in deal activity.

Red meat alternatives have been the driving force behind a significant amount of the attention and activity in this space, the AgFunder report says, but interest in alternatives for poultry, pork and seafood is beginning to pick up. Interest in cultured meat, meanwhile, “trails far behind plant-based innovations in terms of commercialization.”

Elsewhere, the agriculture biotechnology space registered a 26 percent decline in funding, falling from $1.5 billion in 2018 to $1.1 billion last year.

The US continues to lead the way in agri foodtech investments with $8.7 billion raised in 2018, which accounts for 44 percent of global funds raised in the space.

Second, third and fourth places China, India and the UK meanwhile account for a combined $5.5 billion, representing a 28 percent share of the market. The bulk of investments in China and India went into food delivery and retail focused startups, the report says, with the UK’s more diversified spread including firms in areas such as novel farming systems, alternative proteins, fintech for ag and agribusiness marketplaces.

Israel, meanwhile, continues to punch above its weight, raising $592 million. The figure is substantially higher than the total sum raised by African agtech firms at $282 million. This figure, however, represents a more than doubling of the total amount raised by the continent in 2018, the report says.

A longer version of this story first appeared in affiliate publication Agri Investor. The author Binyamin Ali can be reached at Binyamin.a@peimedia.com.