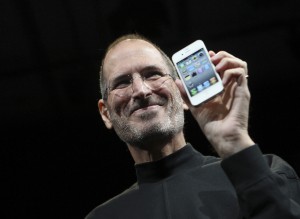 “Everything is design. Everything!” said Paul Rand, the American graphic designer best known for creating the corporate logos for IBM, UPS, ABC and Steve Jobs’s NeXT Computer.

It’s a sentiment that venture capitalists are increasingly taking to heart.

There is a growing understanding within VCs circles that design is no longer just a nice to have—it is fundamental to the success of today’s startups.

Just look at all the companies with billion-dollar valuations, such as Pinterest, Airbnb and Uber, which have made design central to their mission. Or Nest, the smart thermostat and smoke alarm-maker, that was recently acquired for $3.2 billion by Google for its line of aesthetically-pleasing products. And, of course, one of Silicon Valley’s greatest success stories, Apple, has always been and remains a design-led company even after the death of Jobs.

“Once considered the icing on the cake, design is now a staple ingredient in building a successful consumer or enterprise application,” said Dayna Grayson, a partner at New Enterprise Associates. Grayson spearheads the NEA Studio, a new program launched by the firm that helps turn talented designers into full-fledged company founders.

In his new role, Maeda will work to ensure that portfolio companies have access to the best design, and that design is being built into the DNA of these young companies. He will also play a role in the firm’s Design Fellows program, which takes a dozen design students and gives them internships at portfolio such companies as Twitter, Square and Flipboard, thus exposing them to real-world entrepreneurial experiences.

Maeda, for one, is convinced that designers represent the next wave of great company creators.

“For design students, the entrepreneurial environment can be a strong fit,” he recently wrote. “Designers are not afraid to get their hands dirty and to go deep in their work—exactly what a startup environment demands. In my time as president of RISD, more than 70% of graduating students said they wanted to do something entrepreneurial after graduation.”

Google Ventures and Andreesen Horowitz, for their part, have also hired design partners who work directly for their firms. Their mission is to share design expertise with portfolio companies, many of which have nailed the art of engineering, but not the art of design.

“Once considered the icing on the cake, design is now a staple ingredient in building a successful consumer or enterprise application.”

The Google design team has even created its own bootcamp for portfolio companies called “design sprints.” The design partners work with startups over an intensive five-day period to identify design challenges and solve them. In one recent project, the design team worked with portfolio company Blue Bottle Coffee to revamp the company’s website, which they said led to a two-fold increase in traffic.

NEA’s Grayson believes that right now, more than ever, technology needs design, and she’s making it her mission to bring those worlds together.

“Today, everyone is a consumer,” she says. “The most important thing in hooking you is how the product looks and how it flows, and this is all compounded even further when you get down to this tiny mobile device we all carry with us. How you interact with the product, the number of taps needed, and the overall experience determines whether or not we use it.”

That notion was echoed by Phin Barnes, a partner at First Round Capital who helped his firm launch the two-year-old Design+Startup series in conjunction with design and innovation consulting firm IDEO. The networking event, held quarterly in New York and San Francisco, hosts such speakers as Joe Gebbia, co-founder of Airbnb and a former industrial design major at RISD, who recently talked about what it means to be a designer founder.

“Design matters much more in the mobile environment because the way we engage with technology as consumers has changed,” Barnes said. “The mobile experience is more intimate for the end user. For instance, we use a touchscreen, not a keyboard and mouse, so we are physically interacting with the device. We cradle it our hands rather than sitting at a desk and reaching out, like we do with a PC. All of these things elevate the importance of design.”

Grayson said the need for superior design has been evident in the consumer space for a while, but it is now increasingly important in the enterprise space as well. That’s because of the growing BYOD movement in which employees are bringing their own mobile phones, wearables, tablets, as well as laptops to work. Along with the hardware, employees are using their own productivity apps at work.

“Employees are now bringing into the office new marketing automation software, new CAD (computer-aided design) software, even new e-mail software, without having to go through traditional enterprise channels or the IT department,” she said. “So they are basically individual consumers of these enterprise tools, which is elevating the need for better design.”

As a result, VCs are starting to come around to the notion that designers have the ability to create products and companies that simply work better. In the words of Steve Jobs, “Design is not just what it looks like and feels like. Design is how it works.”

“Design matters in our investment decisions,” Barnes said. “We always look for entrepreneurs who have a deep understanding of customers. Someone who understands end users can solve problems in a more efficient and elegant way, and that really is the definition of design.”

“Designers are shaping product and company direction, not just pushing pixels,” Barnes said. “We hope the Design+Startup events encourage them to bring their talents to the startup industry.”

He also hopes that if and when they do decide to join a startup, or even launch one of their own, they talk to First Round Capital first.

Grayson, too, said that for the past year she has noticed a pattern among new founders. The most inspiring entrepreneurs, the ones with the most beautiful and engaging initial products, all had something in common. They were designers first and then turned entrepreneurs.

“Some were UI (user interface) designers, some were physical product designers,” she says. “All had an intense passion for making the user experience addictive and valuable. Many were thinking about transitioning their project to a full-time effort, but they were looking for a path, a way to make the leap to entrepreneurship.”

That’s when she got the idea for NEA Studio, a 12-week program that helps turn designers into startup founders. The initial program, which ran last summer, received 100 applications, from which five designers were chosen. They were given about $10,000 each and access to the best entrepreneurial thinking and tactics within NEA.

“These guys were used to working with pixels and design, but not used to talking with investors or recruiting founding team members,” Grayson said. “So we put this program together to surface those great designers who could become great founders.”

One such person was a former lead designer at Twitter who, as part of the NEA program, will soon launch a new company called Kiddo, which helps working parents keep track of their children. Other promising startups that came out of the program are Booya Fitness, a site that elevates the at-home workout into a high-end fitness boutique experience, and Karta, a social utility for mapping and sharing great locations.

“We are very interested in funding all three of these companies when they tell us they are ready,” Grayson said. “We absolutely started the Studio to surface companies we could invest in, because we understand that great design can be a real competitive advantage.”

Tom Stein is a Palo Alto, Calif.-based contributor. He can be reached at tom.stein@yahoo.com