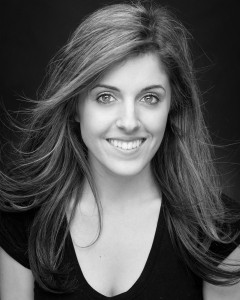 Digital health investing has been on a tear. Through three quarter of this year, VCs put more than $3 billion in healthcare IT companies, a more than a 50 percent boost from the entire 12 months of last year, according to Rock Health.

It is the fifth year since the global recession of steady gains.

The healthcare landscape is certainly changed. Not long ago, firms bailed from the sector, put off by the uncertainties of federal efforts to insure the uninsured.

Now, Obamacare is law and traditional tech-focused firms, such as Sequoia Capital, Andreessen Horowitz and Khosla Ventures, are playing big.

So are Corporate VCs. The year is on track to set a corporate funding record with nearly a quarter of corporate venture dollars going to life sciences companies through the third quarter, according to the MoneyTree Report.

In another sign of the bonanza, more than 130 startup accelerators have sprouted worldwide, most in the United States and most focused on digital health.

Trouble is all this excitement may be too much for a recovering patient. Many investors are excited by the future of medicine, by wearable devices that offer doctors actionable round-the-clock data with which to make medical decisions, by video diagnostics that can save trips to the physician’s office, by big data drug and genetic analysis that can unlock new clues about health.

“The big question is how investors manage their expectation on timing. My concern about health IT [investing] is people are coming to it who are not familiar with the timelines of dealing with regulated and complicated networks.”

But healthcare is a complex, slow-moving, regulated market in the midst of a dramatic transformation, and today’s rapid innovation may take time to be absorbed. The pace of market development could stand in the way of a company’s best-laid plans for growth and market acceptance.

“The big question is how investors manage their expectation on timing,” said Amir Nashat, a managing partner at Polaris Partners. “It may end up being very lucrative, very rewarding, but very slow, considering their expectations. My concern about health IT [investing] is people are coming to it who are not familiar with the timelines of dealing with regulated and complicated networks.”

Few doubt the flood of money will continue. Five years ago, too little capital targeted healthcare IT. Now the faucet is flowing, and “it’s going to continue for a while,” said Ted Driscoll, a director at Claremont Creek Ventures.

This year’s big deals have played a significant role in the rise, with such companies as Privia Health, Nanthealth and Proteus Digital Health nabbing big bucks. But so has a spurt of activity at the early stage, where plenty of cash is available for the seed and A rounds traditional tech VCs show an eagerness to pursue.

Accelerators are contributing in their own way, fueling the company formation engine with open spots for young teams.

All this is no surprise. The medical industry’s tendency to be a technology laggard is finally changing, and the potential market opportunity is enormous.

Behind this shift are three major initiatives that over the next decade “suggest a pretty sustainable increase in providers investing in IT technology,” said Jeff Crisan, a managing director at Bain Capital Ventures.

First, of course, is the Affordable Care Act and its goal of bringing more people into the health care system.

Second are the incentives now in place to encourage the adoption of electronic medical records, and third is a shift underway from fee-for-service to a value-based payment approach that gives doctors a set fee for a patient.

All three are bringing about a “consumerization” of healthcare that VCs familiar with investing in consumer Internet companies can understand.

Hospitals and medical organizations have already begun to open their wallets. Almost half of U.S. hospitals now have clinical data warehouses, up from 25 percent just five years ago, according to a recent study. Markets for predictive analytical tools and video consultation systems are taking root and expected to explode in coming years.

All these trends are not lost on investors. Many have grown more willing to experiment with healthcare IT companies in such areas as consumer wellness.

“It’s a healthy market for high growth software-as-a-service companies in this space,” said Henry Albrecht, CEO of Limeade. “I think there is both a ton of interest and a ton of skepticism.”

One VC attracted to software-based services companies is Ravi Kalla, CEO of IT advisory company Symphony Corp. Kalla claims the shift to value-based care is coming faster than many people think. This will change the medical workflow away from a volume-based system to an information-based system.

“The way care is delivered is significantly changed,” he said. “That is driving health care opportunities.”

Trouble is the exit markets are still finding their footing. The Digital Health Public Company Index of 19 stocks has underperformed the S&P 500 this year and M&A, while gaining steam, is still in an early phase.

“The frothy valuations are unsustainable. I’m not sure they are good for the sector.”

VCs say they are encouraged by such IPOs as Veeva System’s and Castlight Health’s, which show digital health companies can obtain attractive valuations.

Other high-potential stock offerings from Practice Fusion, Proteus, ZocDoc and Fitbit are likely on the way. M&A, in a similar vein, is encouraging with medical devices companies starting to pay closer attention and corporations like UnitedHealth Group and Google looking at doing deals.

But the pace of liquidity is not yet enough to justify investment levels. This could pose a challenge for a frothy investment environment where high valuations, copycat companies, and evolving business models make deal making risky.

“There is a lot of money going into health IT that doesn’t make a lot of sense,” said Stephen Krupa, a managing member at Psilos Group.

Krupa said the current infatuation with digital health reminds him of the first wave of Internet investing. Lots of companies were started, but only a few succeeded.

“I see a lot of similarity to that in health IT investing,” he said.

The idea that the Internet will be used for consumer tools makes sense, Krupa said. But whether the dynamics exist for this to take place now is questionable.

Consumer-facing markets are crowded with companies, such as virtual medicine, where doctors are to consult online, and patient apps meant to aggregate personal healthcare information.

Valuations also are high. Emerging companies with a couple million dollars in revenue routinely get 5x multiples compared with 3x four years ago. Others receive many times that. More mature growth companies with annual sales of $20 million to $30 million are receiving valuations of $100 million and above.

“The frothy valuations are unsustainable,” said Lisa Suennen, a managing partner at Venture Valkyrie Consulting. “I’m not sure they are good for the sector.”

Value-based business models still need to prove themselves. Yet “a lot of companies coming out of the ground today are being designed for the world of value,” Suennen said. “I don’t think everybody realizes that.”

The challenge is consumers won’t change their behavior until they see business models that connect new kinds of care to cost savings or lower prices, agreed Scott Richards, CEO of EMBI. Until then, “I think you will see a lot of things flounder.”

“There is a lot of investment momentum and I definitely think it will continue.”

Another factor holding back progress are legacy technologies. Epic System’s electronic medical records software is one example. This restraint may eventually open up digital healthcare opportunities for technology integration that pulls together the disparate systems of doctors, insurers and patient records.

How much value will be created by the direct-to-consumer initiatives is something “we don’t know right now,” said Halle Tecco, managing director of Rock Health, a San Francisco-based seed-stage investor and accelerator for digital health companies. “The market is going to tell us.”

Until then, one thing is clear: “There is a lot of investment momentum and I definitely think it will continue,” she said.