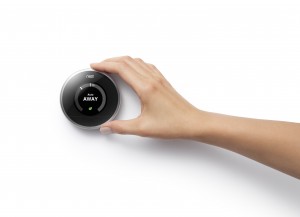 For Nest, the three-year-old Palo Alto, Calif.-based startup’s successful exit was a watershed moment in the intelligent building sector and evidence that the use of data analytics in building energy management is gaining momentum. The company’s smart thermostat learns the temperature preferences of it users.

Prior to the $3.2 billion acquisition, Nest, which was founded by two former Apple engineers, had raised $80 million from Kleiner Perkins Caufield & Byers, Shasta Ventures, Google Venture, Lightspeed Venture Partners and Venrock. Nest was rumored to be raising $150 million at a $2 billion valuation when it was acquired.

More startups that help with energy management, many of which are using energy-related data analytics, are clamoring to meet a new smart building trend that is expected to top $10 billion globally in two years, according to IDC.

Globally, startups focused on smart building technologies have raised $2.2 billion in seed, early-stage and growth-equity investments from 2010 through today, according to the i3 Data Platform provided by the Cleantech Group in San Francisco. Data-driven building technologies are a growing subset of the broader energy efficiency sector.

Sheeraz Haji, CEO of Cleantech Group, likens the phenomenon to the computer industry converging with the telecom industry to create the Internet.

Only now, “the Internet and the energy industry are converging to create the energy network,” he said.

In the eyes of many investors, the trend is still new. But not to Haji.

“We’ve been watching this space carefully since 2009, so it doesn’t sound right to say that we’re now at the beginning stages of something big,” he said. “Within five years we expect massive adoption of the technologies currently under development.”

In fact, more than a few companies in the intelligent building sector are already operating profitably.

“Google’s acquisition of Nest was a very big moment this year, and it will help draw even more attention to this space,” Haji said. “Getting to scale is the focus for the sector, and interoperability and data transparency and connectivity are all challenges we think will be bested over the coming years.”

Founded in 2012, Navitas raised its first fund of $20 million in 2009 with investments ranging from $100,000 to $3 million. Looking ahead to its second fund, Managing Director Jim Pettit said that he expects the average investment size to be between $3 and $5 million across all stages of investment.

Navitas is gearing up to start marketing its second fund this month (March), and is aiming to raise $50 million to $75 million.

Pettit said that he has noticed an increased interest in the last year ”in this [energy management] space, with the convergence of energy technology and IT creating a ton of opportunity for startups.”

“We’re finally getting to the point where the cost of sensors and actuators and the ability to use cloud-based analytics is really exciting,” Pettit said. “We think the real theme is asset efficiency and using mobility to take disparate silos of information and create extra value at the C-level and for facilities managers.”

In its current fund, Navitas has made 14 investments, all oh which are in the built environment space. When doing due dilligence on potential portfolio companies, Navitas looks for good management and a scalable go-to-market strategy that includes “a powerful way to get to market in a cost-effective manner.” It also recognizes the importance of corporate strategic partners playing a huge role in the space.

Paul Straub, director of Claremont Creek Ventures, agrees. His Oakland-based firm currently has about five companies in the intelligent buildings sector in its portfolio.

Both venture firms have invested in Building Robotics, which has a strategic partner in Johnson Controls Inc, a $42.7 billion manufacturer of batteries and ventilation, heating and cooling systems. In late 2013, Oakland-based Building Robotics, a startup that makes intelligent software systems for office buildings, raised $1.14 million in a seed round from Claremont Creek, Google Ventures, Formation 8, Navitas, Red Swan Ventures and other angel investors.

Navitas saw its first and only exit so far in the space in 2013 when French energy management giant Schneider Electric purchased SCL Elements Inc, a Montreal-based provider of building automation solutions. In October 2011, SCL Elements had raised $2.15 million in Series A financing from Navitas and The Westly Group. Prior to that, it had raised an undisclosed amount from a group of Canadian investors. For Navitas, the deal represented a more than 100% internal rate of return (IRR).

“We’re at the early stages of seeing exits,” Pettit said. “As we look ahead over the next 12 to 18 months, we expect to see a number of exits in our fund and outside in the space in general.”

Pettit said that the energy management startups most poised for success are those that offer solutions that won’t cost a lot to implement or take years to show a return on investment.

“Many old school building owners want to see 1, 2, 3-year paybacks and that’s why some of the more exciting plays in the near term are those with the least amount of implementation and integration,” he said. “One of our portfolio firms, Gridium, doesn’t require an all-or-nothing approach for the owner and can create actual insights for owners and utilities at a very low cost profile without software or hardware to install.”

Straub agrees. His firm is intrigued by entrepreneurs who can offer a particular insight into a problem and the way a product can be created and deployed. One of Claremont’s portfolio companies, Blue Pillar, was founded by a consultant who had been doing projects worldwide before deciding there had to be a better and more unified way of approaching the challenge of managing energy assets for mission critical organizations.

Before investing in a company, CCV also talks to prospective customers to confirm if the problem a company is addressing is indeed one that people want to be solved. Without a true need, there won’t be demand.

To Haji, building analytic technologies have great potential while interest continues to surge on the part of building owners and developers as well as investors.

“We absolutely believe these new technologies are going to revolutionize buildings,” he said. “The revolution is already underway…Data is powering improved operations and efficiency and transparency across each step in the value chain of creating, owning, and using buildings.”

Mary Ann Azevedo is an Austin, Texas-based contributor. She can be reached at maryannazevedo@gmail.com.